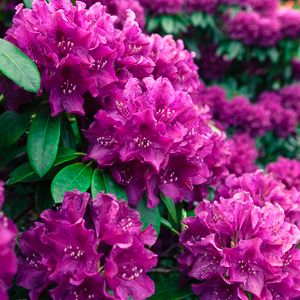 The lights glared in my face, but I could still see the couple hundred photographers assembled.  I love that first moment of giving a speech.

“How many of you have, on your computer at home, at least one class that you’ve paid for, but haven’t finished?”

A collective whoosh as everyone in the room raises their hands.

“How many of you have ever attended a conference like this, and been so excited about all the things you learned – and then went home and didn’t put a single thing into practice?”

Laughter.  Every hand raises again, this time even faster, and people start whispering to their neighbors.

“Okay!  So, what are we going to do to make today different?”

I enjoy asking this question at conferences, and not just because it’s a quick way to introduce actionable items.

Truthfully, I also like finding camaraderie with creatives who, like me, sometimes start classes without finishing them.  😉

As a perpetual student, I’ve asked myself a hundred times:  Why do I start a class with excitement, only to hit some mysterious point and think “I’ll finish this later?”  I’m generally a motivated person, and it happens even when I picked a quality class with a good teacher.  So, what’s the deal?

I dug into the research a little, and found four reasons people procrastinate.  Whoa, did they sound familiar.  They’re helping me change my habits, so I thought I’d share:

Research shows that we will avoid doing something good now by promising ourselves we’ll do a souped-up version later:  I won’t do sit-ups at home now, I’ll join a gym soon so I can do a full body circuit  Or, I won’t sort that box of junk now, because soon I’m going to come and clean the whole garage later.

Really, it’d be best to start with the sit-ups or one box of clutter.  Starting small builds momentum and still benefits us.

I don’t know about you, but I can do this with education, too.  I’ll have time to go through this more thoroughly later.  I’ll take notes in a special notebook and practice it all, carefully.  Just not right now.

The truth is, just as the research predicts, I rarely get back around to it.  In fact, so far, the only education I’ve made it all the way through were courses I dove into quickly and kept persisting through despite sub-optimal conditions.

Sit-ups at home still strengthen muscles, and one box of cleared clutter is one less for later.  Similarly, it’s better to devote 12 mins today and 10 mins tomorrow to learning than to promise yourself you’ll dedicate three full days to doing the turbo version in the golden glorious future.

(The class I’m taking right now I’m listening to exclusively while folding laundry with two kids at my feet.  But you know what?  I’ve already set in motion some great ideas from it.)

Reason #2:  The goal is vague and distant.

We usually take classes with a broad goal in mind – “get better at instagram,” or “engage my audience more,” or “finally learn SEO.”  But those are vague goals without a clear way to know when it has been accomplished.

The benefit of the method is usually clear (get more clients!), but without clear goal posts, digging into a new method can feel like you’re getting sucked into this vacuum of work, none of which has immediate payoff.  In the end, it just feels like an expanding list of tasks you’re tempted to abandon before harvesting any results.

Here’s what research says you can do, though:  Set up a measurable end point with shorter-term successes along the way.

So instead of the vague end goal of “I’m going to send out a newsletter,” try, “I’m going to build an email list with 1,000 local people on it, and use it to educate and build trust, so that when I email out my seasonal sessions four times a year, they fill quickly.”

From there, break it up into smaller wins:  Create a magnetic sign-up incentive.  Yes!  Install sign-up boxes.  Yes!  Identify three topics to start with that build emotional connections around what I do.  Yes!  Get in front of one new audience to promote my incentive and watch the subscriber count rise.  Yes!  Get brave and email out my first promotion.  Yes!

Instead of wandering through a vague newsletter-y fog thinking holy cow I’m just sending random emails, when is this going to pay off, you can see yourself getting progressively closer to the goal as each mile marker passes.

Setting a clear end point and breaking the path into small wins helps you clearly relate what you’re doing to the final goal, which makes each mini success more satisfying.

(By the way.  The newsletter thing?  I’m still passionate about that one, particularly because most creatives wish they had a stronger following of potential clients + would also like to spend MUCH less time on social media.  I’ll be running a live class on this soon.  Stay tuned!)

There are two more reasons for procrastination, and I’ll fill you in on them next time.  But I’m curious – have you seen yourself doing either of these?

I love being able to name these reasons.  When I know something is a pattern, it makes it easier for me to redirect when I do it.  Whoops, I’m doing that thing where I’m promising myself I’ll do a special souped-up version later…nope, the lint-covered kid-accompanied version is the right place to start.  I also shame myself less when I know it’s just part of being human, which makes it easier to change.  I hope you find the same.

An Easy Way To Get Out Of Three Uncomfortable Sales Situations

Words From a Pro | Interview With Jamie Delaine