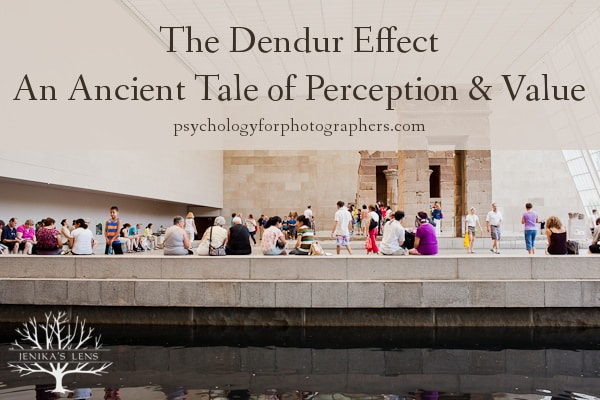 When Egypt gifted the United States with the Temple of Dendur,

an ancient sandstone structure that would otherwise have been destroyed by the construction of a dam on the Nile river, the US wasn’t really sure where to put it.

People suggested reconstructing it on the banks of the Potomac or Charles rivers, but the sandstone would have deteriorated.  Eventually, the Metropolitan Museum of Art became its home.  Today it sits in an airy, spacious wing of the Met, surrounded by a reflecting pool and places to sit.

And it attracts attention like a starlet on the red carpet.

When you walk in the door on a busy day, you’re immediately confronted by a line of people waiting to have their picture taken in front of it.  It’s impossible to walk around without getting in someone else’s picture, so the polite among us walk around mumble-chanting “excusemesorryscuseme.”

The first time I visited the Temple of Dendur, I assumed it had some great historical significance.  After all, it has an entire gallery all to itself, and people treat it with the same photo-snapping excitement as the Eiffel Tower or the Colosseum.  But when I read the nearby plaque, I was a little mystified. 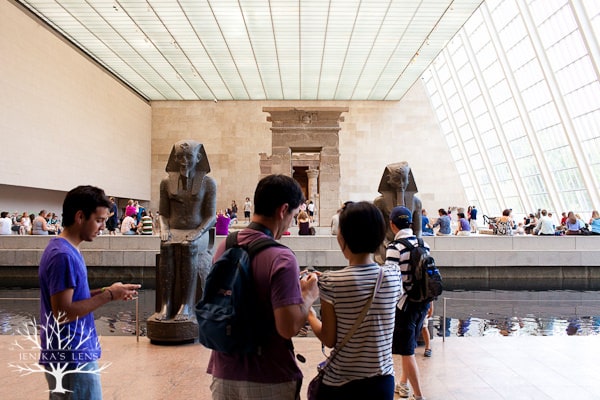 The temple was old, but not uniquely so.  It was a gift, but Egypt also gave two other temples from the same exact area and time period to the Netherlands and Spain.  It was built, as hundreds of monuments were, at the request of a Roman ruler, not an Egyptian or Nubian one.

Of course, it’s amazing – walking through an exotic monument in real life without jumping on a plane to Egypt! – but from a purely historical perspective, and to a junkie of ancient things like myself, the monument itself seemed a little run-of-the-mill.

It didn’t appear to be the center of any particular historical event, unveil any major findings about the time period, or stand out in any particular way from contemporary structures.  Except for the fact that all ancient things are inherently priceless, and that it was brought to the USA and reconstructed for our enjoyment –

There was no obvious reason why it should have been attracting more flashbulbs than George Clooney at the Golden Globes.

Seeking refuge from the Dendur crowds, I ducked into a smaller room nearby and was surprised by two things.

First, the room was chock full of astonishing artifacts – full-color coffin sets, reliefs, and assorted treasures taken from tombs.  A fascinating trove of human culture, passed from ancient hands to ours.

Second, the room was entirely empty of visitors:

All the priceless artifacts were crowded together behind glass cases, above worn carpet and beneath a shabby dropped ceiling.  The display was also half-finished, with some empty spaces indicating things were being rearranged.  And something hit me like a pile of sandstone:

Yes, the Temple of Dendur is an amazing sight.

It’s beautiful and fun to see.

But I’d bet a thousand dollars that if you removed the Temple of Dendur and placed one single coffin set in the middle of a giant, spacious room, people would still line up to have their pictures taken in front of it.

I’ve started thinking of it as The Dendur Effect:

Because we treat things as important when they look important.

Because when you surround something with an impressive, spacious, beautiful presentation, then people assume what is being presented must be precious and valuable.  (Why else would you take the time?)

And if you cram something alongside many others into a low-ceilinged room with stained carpet, people assume it is less important.  (Plus, who wants to hang out there?)

I don’t believe that the Temple of Dendur is inherently more valuable than any of those artifacts lined up in the glass cases. 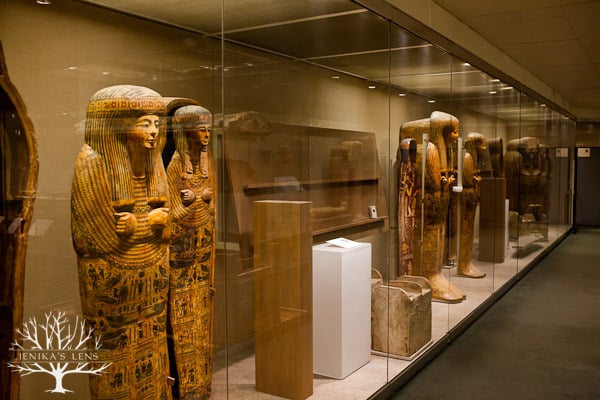 But no one was getting their pictures taken next to these items, no one was excited and thrilled to be in that room.  And I think mere presentation had a lot to do with that.

The Temple of Dendur was an entire experience – you got to feel like you were a part of the ancient world.

In the smaller room, you just felt like you were in a museum.

What if instead of the small, deteriorating room, the Met had re-created an ancient tomb, and placed all the artifacts in it as though you had just walked in and discovered the untouched burial room?

I bet people would be lined up with their cameras.

1) If you want others to respect something, treat it like it’s special.

We shouldn’t worship packaging or surface showy-ness.  Yet, we can’t underestimate these things either.

When we see something presented beautifully, we often assume it’s higher quality, even if we don’t mean to.

While I’d never advocate investing in window dressing over actual quality, it’s also the case that people can dismiss beautiful things if they’re not presented well.

This week, take time to walk through your client’s experience of your business.  Start to finish. 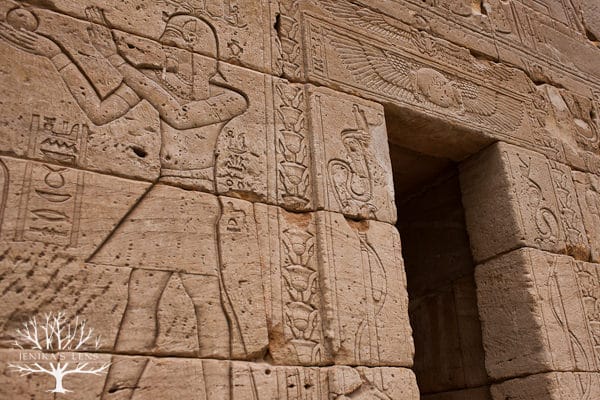 Is what people see going to affect their assumptions about your work’s quality or importance?

Small things can make a big difference: Fixing broken links.  De-cluttering your welcome packet and adding some elegance to your contract.  Getting rid of that “pricing under construction, email me for current rates” announcement on your site and making up your mind already.  Arriving on time to sessions with surprise treats in your bag.  Delivering products in beautiful wrapping.

The condition of the ceiling and carpet shouldn’t affect someone’s experience of ancient artifacts in a museum – but it does.  It’s no different in business.

When you take time to create a special, sensory experience, it changes how important people think the actual product is.

“Sensory experience” doesn’t mean fireworks and neon signs and whistling kazoos all at once.  Half of what’s impressive about the Temple of Dendur is that there’s a big, soaring, light-filled room – just for that one thing.  (There are other things in the room, but their purpose is to set the scene for the structure itself.)

I see so many photography product catalogs and website home pages crammed with all kinds of goodies – all competing for your attention.  It kind of reminds me of all those mummy cases all lined up in a case.  There’s so much to look at that you don’t look at any one thing for very long.  All of it is important, and each is calling for your attention – but there’s so much, none of it individually looks important.

When everything is emphasized, nothing is.

Prune it back.  Narrow it down.  Ten blogged images can be more powerful than sixty.  Two options can be more enticing than twenty. 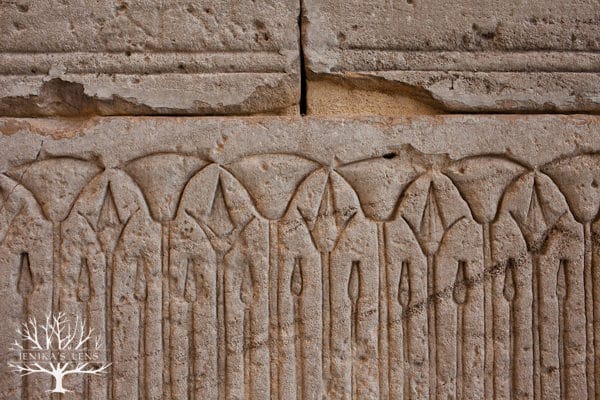 Don’t let your business sit unnoticed in a glass case, crammed alongside dozens of others.

Luckily, taking advantage of the Dendur Effect yourself is simple:
Present yourself well. Think about the appearance of everything your clients interact with – make it special by setting it apart.  Presentation is not everything, but it’s not nothing.  You probably already know what you’ve been meaning to do on this front – get to it!