Kicking off a new series of posts today, called Get What You Want This Year.  Because it’s about time, isn’t it? 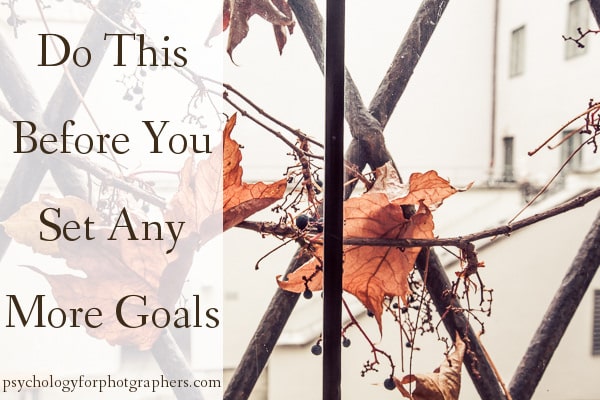 “Huh.  If you could go anywhere, where would you want to go?”

“Okay, just for fun, let’s figure out how much it would cost to go to France.”

I asked a few questions – how long would you want to stay, do you want to go all over France or explore just one corner, are you wanting to eat all meals out or would you be okay visiting markets and cooking some of your own meals, etc.  Back-of-envelope calculations indicated that including flights, she could do everything she wanted to do for around $4,500.

So I went ahead and posed the quiet question, “Does having $4,500 make you rich?”

“Well it’s not like I have that lying around.”

“Okay, so you don’t have to be rich, you just have to have some extra money.  Those are already pretty different things, huh?”

I paused for a moment, then continued.  “So how many clients would it take to earn $4,500 in profit?”

“Okay, so, do you have to be rich to travel, or do you just need to find four extra clients this year?”

You’d think that any series of posts about “getting what you want” would kick off by helping you make a list of goals, right?

Because the goals you set are shaped by the things you believe.

If you think that only rich people have the means to travel, you probably won’t make a goal to take a trip this year.

If you think you’re terrible at sales, you probably won’t make a lot of sales goals. (You might avoid thinking about it altogether.)

If you think only huge businesses can afford to hire help, you’ll probably keep soldiering on solo, en route to burnout.

To start getting what you want, you need to develop one skill first:

A limiting belief, for our purposes, is something you think that prevents you from taking action:

Limiting beliefs shape what you see as possible.  This shapes what you plan to do.

Some people think that the way to get rid of their limiting beliefs is just saying “That’s not true!” and forcing themselves to believe the opposite.

I mean, if you can actually do that, great. But usually, trying to blunt-force your way out of a belief still leaves you stranded in inaction.  (Simply yelling “I don’t have to be rich to travel!” doesn’t exactly lay out a plan for how to go travel.)

The solution to a limiting belief is to get used to asking questions about them, and demanding answers.

Huh, that’s one way to look at it – what’s another way?

Let’s grab a calculator – how much would it actually cost?

Have I ever actually tried?  What happened?

The process of being curious not only changes the belief, but tends to uncover a solution.

Of course, nailing your limiting beliefs requires knowing what they are.  They can be hard to see, but there are two places where they tend to lurk.

Look at these two places, and you’ll probably find them standing in line, leaning against a wall looking smug: 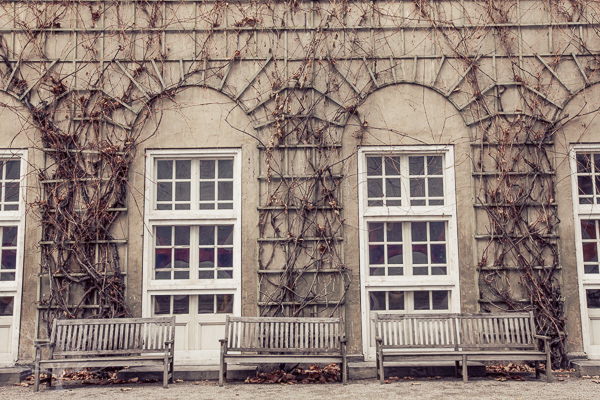 #1: Limiting beliefs lurk where you try to talk yourself out of something.

Let’s say you’re swamped with emails, so you’ve thought about hiring someone else to do them.

The tricky thing is, you might discard this idea so quickly that you barely notice the idea crossed your mind.  But when something keeps frustrating you, you will probably keep thinking of and discarding the same solution.

I can’t tell you how often I’ve coached people through problems and say “What if you {insert solution here}…” and they say “Well, I’ve thought of that, but I haven’t done it.”

With astonishing frequency, I find that people don’t need more solutions.  They already know the solution, they just think something is wrong with it.

When you find yourself stuck in this pattern, explicitly name the solution and then keep asking why not until you arrive at the core limiting belief:

Okay, what if I hire someone to answer my emails?

Well, I can’t find anyone who would do that great of a job.

Because I don’t know anyone who will do as good of a job as me.

Why not?  (You think other people can’t write emails?)

Other people won’t care about it as much as I do, so they won’t spend as much time.

And so we’ve arrived at the limiting belief:  I believe that other people don’t care as much.  It’s not their business, so they’re not as hungry to keep it going.

Then you can keep being curious:

Really?  Well, if it’s their job, won’t they want to do well so they can keep the job?  And protect their reputation?

Can I try posting a job on a board and just see who applies?

Are there educated, smart people in my circle who stay at home with kids and would love some flexible part-time work who I could train?

Could I have someone do a one-week trial as an experiment, just to see if I’m right or wrong?

And if your limiting belief comes anywhere near the phrase “it costs too much,” be sure that you’ve actually looked up real numbers and laid your hands on a calculator before you accept it.

I’m serious.  You don’t get to say “it’s too expensive” until you’ve done actual math.  On a calculator.

Occasionally, something does cost too much, but not as often as you think.  Sometimes, “it costs too much” is itself a limiting belief about the way something has to be done.  You don’t have to hire someone full-time.  You don’t have to get the top-of-the-line model to get the job done.  You can create a new revenue stream to pay for it.  You can calculate the amount of money you could make in the time saved by hiring someone to do X.

There is probably a way.

#2:  Limiting beliefs lurk where you have envy.

It’s hard to sit with, but the next time you feel fingers of envy tightening around your heart, take a deep breath and start asking questions:

What is it exactly that I wish I had here?

Why don’t I have it?

If I started working, would I get there?

What would keep me from doing that?

Those last two questions, especially, help uncover limiting beliefs.  Maybe you think only fashionable/charismatic people can be successful.  (I once thought I had to have more of a cheerleader-style personality to run an educational blog.  So I became curious about that, and 4.5 years later I’m still blogging.)

Once you’ve identified what keeps you from doing something, keep asking.  Design an experiment.  Play around.  Don’t stop.

We’ve all met five-year-olds who just keep asking questions.  They do this because they know if they do, something interesting will happen.  (Like, maybe they’ll hear something unexpected.  Or maybe Dad will explode.)

If you keep asking questions, I promise, something interesting will happen.

Before you go, let me warn you:

Challenging and letting go of limiting beliefs is EXTREMELY UNCOMFORTABLE.

Whereas once you had a tidy excuse not to do something, suddenly seeing that you don’t have an excuse can be legitimately, edge-of-cliff scary.  Because it now means you have to do the thing.

You might find your brain inventing new limiting beliefs when an old one gets challenged.

Try it and let me know what you find!

Get What You Want This Year.

Want me to let you know when the next one is up?

Hop on my e-letter list. I’ll send you a heartfelt note now and then, let you know when new posts are up, and keep you posted on any upcoming great deals.

Plus, you get a free e-book, How Clients Make Decisions About Money. Per my Privacy Notice, you can unsubscribe anytime.

Posted in Business Life, Get What You Want This Year, Psychology 101

Are You Losing Blog Visitors? Three Ways Fix It.

Words From a Pro | Interview With Jamie Delaine