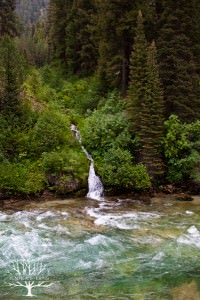 It was the most blunt I’d ever been with a professor.

“I didn’t come here to hear what I’m doing right,” I said, gasping inwardly at my own words.  “After awhile, it’s not helpful to hear which paragraphs are already good.  I need you to tell me what I need to work on.”

I couldn’t believe what was leaving my mouth, but it was true.  And it marked a turning point in my academic career.  Five years prior, you never would have caught me saying such a thing.

As a freshman, I stumbled into an intensive writing course.  I fancied myself a decent writer, but my pages didn’t stand up to the hovering blue pencil of a formidable professor.  I had room to grow, plains to trek, oceans to cross, and Madame Professor wasn’t afraid to let me know it.  I sweated in frustration at first, but by the end of the semester I eagerly awaited her sheet of notes.  I grew more as a writer in one semester of intense critique than I had before or since.

Thus, it frustrated me to the boiling point in one graduate school class when suddenly all I was getting on my weekly writing assignments were comments like “great point” and “agreed.”

I knew I wouldn’t learn when all someone else would do is agree with me.

In the comments on the recent post about internet meanness, several photographers remarked that  while internet bullying is lamentable, there’s another side to the story.  Sometimes truly constructive critique is met with stubbornness, arrogance, and an unwillingness to learn on the part of the recipient.  Mistaking kind critique for attack, they failed to jump on the learning opportunity and instead chose to turn nasty.

Although some critiques could benefit from a few rounds of reframing (and some things people say can’t even pass for critique), we can all take a few personal strides in hearing each other out.

As industry we can all rise up and RECEIVE critique with grace and elegance.

This is hard.  It requires humility.  It may require deep breathing.  But if you master receiving critique, you’ll grow faster than you ever have before.  It can be a rocky climb at times, but here are a few places to start: 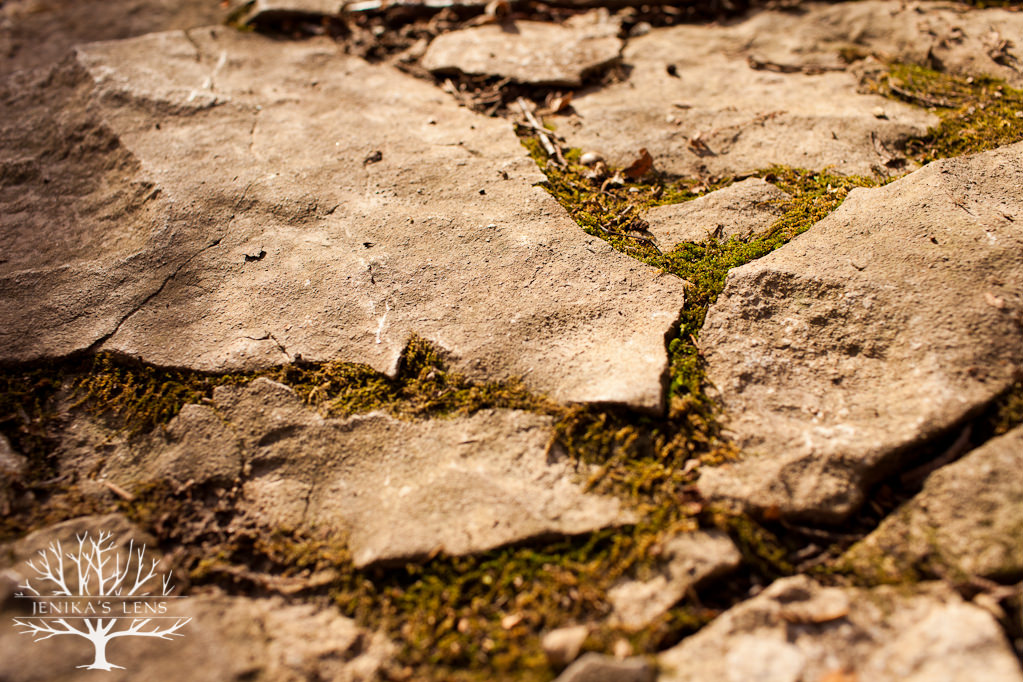 Don’t wait until you feel ready.  Start when your feet are on the bottom rung of your journey.  We need to practice on our own, we need to study solo, yes.  But accept that you’ll progress faster if you have constructive company along for the ride.

My goodness, how helpful it is for someone to look directly at your work and say “HERE is something that’s missing, and HERE is how to fix it.”

I love it when people do that for me.  It’s like they’re my own personal fairy godmother floating down, trailing sparkly pixie dust and everything.  It would have taken me at least twice as long to stumble onto both the problem and the solution all on my own.  I genuinely appreciate people who pop into my life offering what are, essentially, shortcuts.

Asking for critique can feel risky, for reasons already discussed.  But here’s the thing:  Every critique, even poorly worded ones, can be mined for gems.  Sift until you find them, then take action.

If you master the art of receiving feedback, and graciously accept it from all sources, the end result is better pictures, less stress, and more joy.  I’ll let you decide whether that’s worth it.

2)  Admitting you’ve done something incorrectly is not the same thing as admitting you’re a bad person or a lousy artist.

We’re often afraid to learn because we don’t want to be seen as a student.

Let’s acknowledge elephant in the room here.  Elephant, your name is Pride.

“Pride” means a several things, so let’s be really clear what we’re talking about.  Pride can mean “inordinate self-esteem or conceit” but also “reasonable self-respect.”  So pride can be both good (we should respect ourselves and our work) and not good (we shouldn’t let it go too far!) – there is a matter of degree.  No matter how you define pride, it has to do with how you feel about yourself.  No one wants their self-esteem messed with, so you’re going to want to defend your pride against perceived attack.

But let’s remember:  Real constructive critique is not attack.

When someone critiques your work, they are not critiquing you as a human being.

You are not your work.  No matter how much you pour your heart into it, it exists separately from you.  It’s OK for someone to critique something you’ve produced, and it’s OK for you to hear them out.  Neither is a tacit acknowledgment of your personal inferiority.

(This is where those deep breaths come in handy.)

Your new secret weapon is the word “Yes.”

The fastest way to disarm an argumentative situation is to agree with the other person.

Even if someone is being unkind, you can search out the truth in what they’re saying and agree to it.

Yes, I could have composed that photo better – can you tell me what you might have done?

Yes, I have trouble blowing highlights on people’s faces.  I often have to shoot midday, and it’s been difficult to find good light.  What would you try in this situation?

Yes, I struggle with color correction.  What have your favorite tutorials been?

If you show you’re open to learning, you’re not admitting weakness – you’re admitting eagerness to grow.  People are attracted to helping those who are eager to grow.

And if you’re dealing with someone who likes to argue, know that they’ll often become surprisingly helpful when you decide to ask for advice instead of fight back. 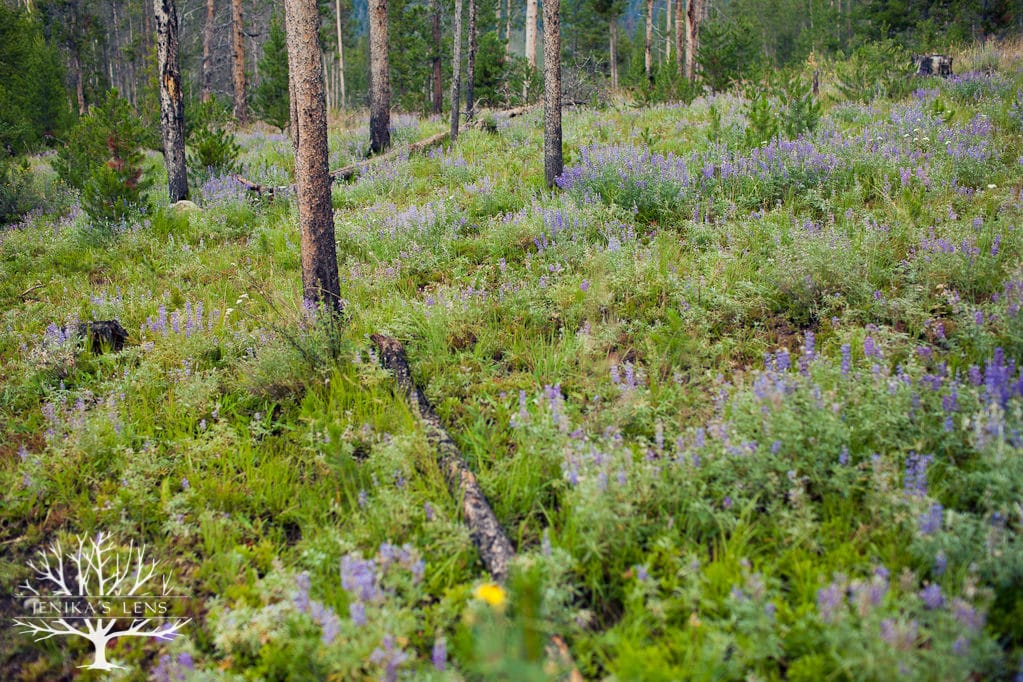 4)  If critique seems scary or tough to take, start small.

More from Merriam-Webster:  Pride can also mean “delight or elation arising from some act.”  This is where a lot of us get tripped up in requesting critique.

Often, we want to put our best work up for critique.  After all, it represents us to strangers, and we cringe to think that lasting impressions might be made from lackluster work.  We’re already self conscious about opening ourselves to criticism, so we want to make sure we show everyone that we have at least some chops.  So we hide and hoard those less-great shots until we have something that is “good enough to show.”

The problem is, when we have something “good enough to show” we are often really excited about it (it’s the best we’ve ever done! yay!!), and are pretty emotionally attached to it just the way it is.

So we might post it expecting the feedback to be congruent with how we’re feeling (we want people to say YES, it IS awesome!) and we’re not quite ready to hear the list of things that we could have done better.  It’s daunting.  Just when we thought we’d arrived, someone went and moved the goal posts on us!  Ugh!

If you’re truly excited and attached to an image, consider picking another one to put up for your first critique.  Pick one where you already know there’s something wrong with it, but can’t quite put your finger on it.  (“Hey guys!  I had a fun shoot last weekend, and this image didn’t come out like I wanted it to.  Do you have any suggestions for how I could do better next time?”)  If you’re ready to acknowledge imperfection, you’re going to feel more open and teachable.  You’ll get more out of the result.

As you get used to critique, your defenses will be lowered.  You’ll feel comfortable with the community you’re interacting with, you’ll be able to put those prize shots up for critique without feeling devastated when suggestions come back.  If you know critique is hard for you, start small.

5) It’s all attitude and gratitude, baby.

A few weeks ago I had some technical trouble while triggering my flash.  I took some sample photos showing the problem and posted them to a forum.  Within hours, I had help pouring in from all over the world!  It bowled me over that these experienced, busy people would take time out of their day to help a perfect stranger.  It still makes me happy just thinking about it.

Some of the suggestions didn’t end up helping, but even so:  Think about how precious your own time is.  How much do you have to do today?!  Now think:  Someone took 3-4 minutes out of their day to read through my post and make a reply.  They didn’t have to do that.  They could have carried on talking to their kids, blogging, making a grocery list, or doing something more fun than talking the specifics of flash triggering.  But they chose to reply.

Would it be right for me to respond “DUDE, I already TRIED that, I said it in my first post!!!”?  Or would it be better to say “Thanks so much for your suggestion!  I did try that, though it’s totally possible – if not probable- that I missed a step.  I did _____ and then _____.  Did I understand the process correctly?”

If someone states the obvious, misunderstands the problem, or offers a suggestion that’s not applicable – they still took time out of their one and only life to answer you.  Remember this as you reply.  Acknowledge their gift of time to you and respond with gratitude.

Critique is not easy to give well or to receive well.

It’s a skill set we have to cultivate.  We all have to decide for ourselves that critique is valuable, and offer it a place in our lives.  But once we do, we’ll be amazed at how quickly things change for the better.