The Instant Christmas Fix For Personal Slumps In Business 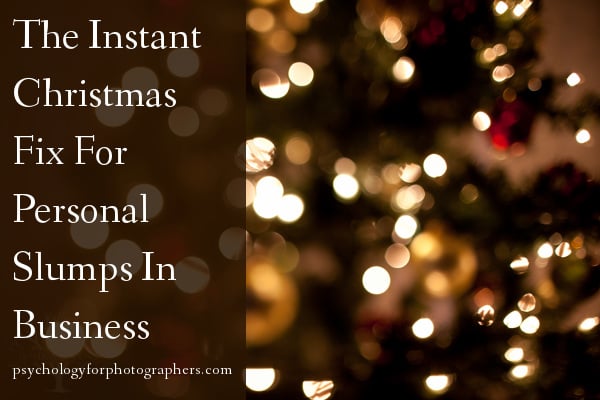 Because although Eating Honey was a very good thing to do,
there was a moment just before you began to eat it which was better than when you were,
but he didn’t know what it was called.

Embedded in the student lexicon of my undergrad years was the phrase “sophomore slump.”

You know, you burst in all excited your first year, ready to take on the world (or at least English 101).

And somewhere in the second, you realize how much work this thing is taking.

Maybe you’ve lost some direction.  You’re in the middle of the thick, tall forest and can’t see the destination as well. The things you thought were going to work out…..didn’t quite.

At first, I blew this off as a college legend.  The folly of this came crashing down upon me somewhere during my second year, when I sat back in my desk chair, arms flopped down my sides, and wailed with feigned but still-kinda-real melodrama to my roommate: “I’m SLUMPING!”

Businesses owners can get a ‘sophomore’ slump, too.

Not in the second year, exactly.  You’ll probably go through several as you cycle through seasons and projects.

A dry spell.  Initial enthusiasm burned out by the slogging reality of the effort it takes to get where you wanted to go.  Realizing that the initial destination wasn’t quite what you thought it was.

Sometimes you just get tired.  Sick of the same old stuff.  And you’re not sure if you need to change, or just take a rest.

But in the meantime, you’re in your desk chair moaning – I’M SLUMPING!

But there is something that can help.

I call it the Instant Christmas Fix.

There are two things you need to understand about how it works.

The first thing is a theory I basically made up, but still think is true.  But don’t worry, the second thing is backed by actual science.

First:  If you dust off your K-12 school memories, push aside the dances and pep rallies, and reach all the way in the back to pull up the ones about chemistry class – you might remember something about chemical reactions.

You know, like when you pour vinegar into baking soda into a papier mache volcano, and it shoots foam all over the place and sends floods of doom down upon the plastic dinosaurs.  (Please tell me you did that.  It was the best part of school.)

Chemical reactions don’t just happen though, they usually need a certain amount of energy to get going.  Put in some light or heat first, then wham – it’ll start.

If we were to scribble a little graph of what the energy required for a reaction looks like, it’d be something like this-

(don’t run away, this gets useful in a moment, I swear): 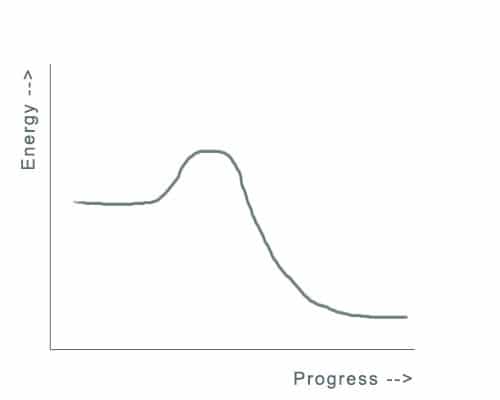 See that little bump there at the beginning?

You have some chemicals sitting there minding their own business, perfectly content.

But if they want to react – you’ve got to push over that bump of required energy first.

Think of it as pushing them over a hill – if you can just get them over that bump, they’ll roll on down by themselves.

Chemists call that little bump “activation energy” – if you can just push them over that hill, things will get started. 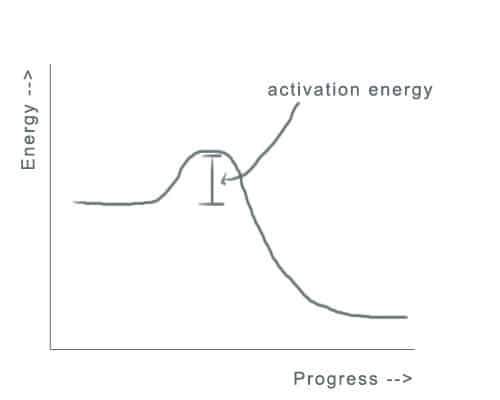 Although I could be completely making this up, I believe it’s as true for humans as it is for chemicals.

Ever started a new project, where just the STARTING takes an enormous amount of energy, but once you get going – you can keep going?

Or sat around on the sofa watching Netflix, and getting up seemed impossible, but once you peeled yourself off the cushions and started reading that e-book you bought, you get caught up in it and keep going?

It’s not exactly the same as a chemical reaction – but I believe an initial boost of energy is all most of us need, most of the time.

When you’re in a slump, you probably don’t need a magic fairy to come down, toss her sparkle powder, and make a new life appear.

You probably just need some activation energy to get going.

So here’s something that can give you that energy (this time, with actual science). 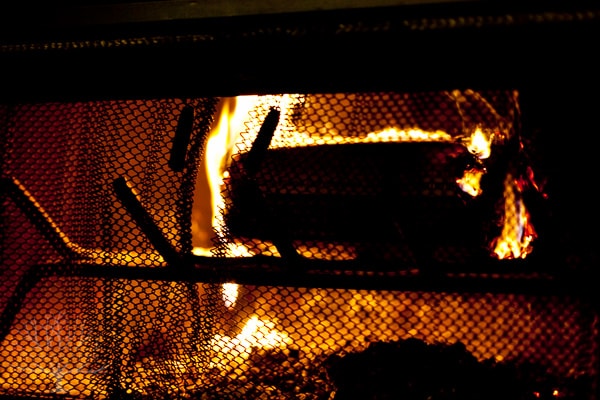 A concentrated, temporary boost of happiness may just give you the energy or enthusiasm to refocus.  Or hand you a reprieve that enables you to take a deep breath and push onward.

To snatch that happiness, I could tell you to take a break – and indeed that is a good thing to do if you know how to do it well.  But if you’re seriously slumped, chances are that all you’ve been doing is break-taking.  (Take a break from Buzzfeed, you say?  No problem.)

The Instant Christmas Fix brings us back to the Winnie the Pooh quote we began with:

“although Eating Honey was a very good thing to do,
there was a moment just before you began to eat it which was better than when you were”

We all know what Pooh was talking about.  That moment when you’re about to dive into a delicious meal that’s going to be so good you can hardly stand it.

But is Pooh right – it actually better?

Terrence Mitchell and some colleagues studied people who were about to do fun things:  Take a trip to Europe, go on Thanksgiving vacation, and enjoy a bike trip in California.

They found that people enjoyed anticipating and planning the trip more than the actual trip itself.

Indeed, other researchers have noted that anticipating vacations is more enjoyable than actually taking them.  The stress of transit, the forgotten items, the unexpected illnesses, the spats with travel companions, the misplaced reservations…your daydreaming was perfect, and yet vacations somehow aren’t.

Not only that, but vacations tended not to have much lasting effect afterwards – generally by the day after vacation, any boost to self-reported happiness is gone (and even the best of all possible vacations seem to fade after a max of two weeks).

The peak of happiness occurs before the actual trip – even if people said later that they enjoyed it and had good memories.

This anticipation thing works the other way, too –

Anticipation of pain is also worse than the actual pain itself.

People would prefer to get a stronger, more painful electrical jolt now than to sit and wait a few minutes for a lesser shock.  No one wants to sit and dread things.

So although you may be tempted to dismiss daydreaming or anticipation as mental fluff, it can actually be the source of the most powerful emotions.

Pooh was right – anticipation appears to be the savory-est bit of good things.

In a way, when you put something on your calendar to anticipate, it’s a bit of instant Christmas (or insert your own favorite holiday there).  That childlike looking-forward feeling can stretch through the days, give you happiness and energy, and also – of course – result in something fun.

The most obvious way to get an instant Christmas fix is to plan a trip – in fact, research suggests that several small trips may boost your happiness overall than one big trip a year by increasing the frequency of juicy anticipation.

But sometimes trip-planning is not possible, so I use a different anticipatory Instant Christmas method instead:

Sending someone a surprise.  Preferably someone who would never expect it.

I’m convinced that this happiness + energy-getting activity is specifically engineered to take advantage of as many psychologically-uplifting activities as possible. 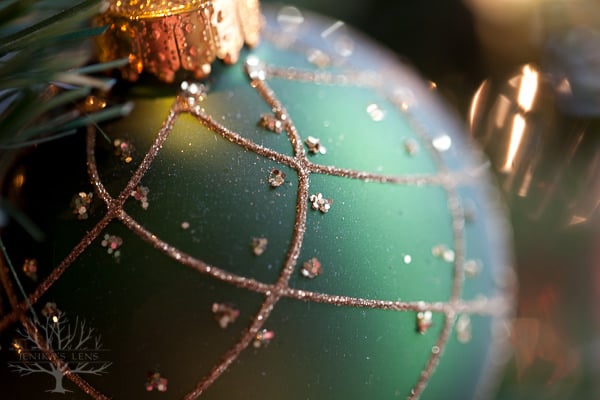 First, you pick something out to send.  The process of finding something for someone else, even if you feel like you “aren’t good at gifts,” is gloriously good for the mind.

It gets your mind off yourself, for one thing (and the biggest contributor to slumps?  over-focusing on yourself).  It forces you to think about someone else and what you can do to give them a better day or week.  This skill alone is linked to better relationships, better health, and even longer life.

The process of choosing something for someone – however brief – also gives you a chance to think about and express why you’re grateful for them.  People who habitually show gratitude have better marriages, stronger friendships, and even more productive employees.  But since we’re looking specifically getting out of a short-term slump, it’s worth mentioning that gratitude boosts and sustains your immediate and longer-term mood (which is linked to more creativity) and helps you cope better with stress and challenges.

This is not remotely complicated, expensive, or hassle-y.  What small thing would be ridiculously fun or meaningful to them?

A dozen doughnuts on their doorstep?  A mug with their favorite tea?  Something you can order off of Amazon for less than six bucks?  That thing you saw at the store and thought of them instantly?

The easiest way to think of something:

Think back over what they’ve complained about recently.  Solve that problem, even if it’s just funny.  They’re always running out of paperclips?  Order them 1,000.  Their office is too cold?  Tea and a hot pack.  They’re just having a tough day?  A favorite food solves anything.  It’s meaningful when people remember what we say and act on it.

Sending it is going to be surprisingly less difficult than you think.

If they live in a different city, you don’t even have to go to the post office:  Call the nearest [pizza place / bakery / flower shop]  and have them deliver it.  I’ve even had small businesses who didn’t offer delivery go drop something off for me because they loved the idea of the surprise so much.

Many companies will drop ship things to people.  And even if you do have to go to the post office, who cares?  You needed more stamps anyway.

If the person lives in town, throw it in a gift bag (or get as ambitious as you want with gift wrap) and take ten minutes to drive over to their house.  I swear, it will more than pay for itself.  You’ll be grinning the whole way like a little kid.  Heck, bring your kids and let them do the doorbell-ditching.

The real cherry on top is this:  The whole time you plan, execute, and wait for the person to discover your surprise, you’re going to be marinating in anticipation. 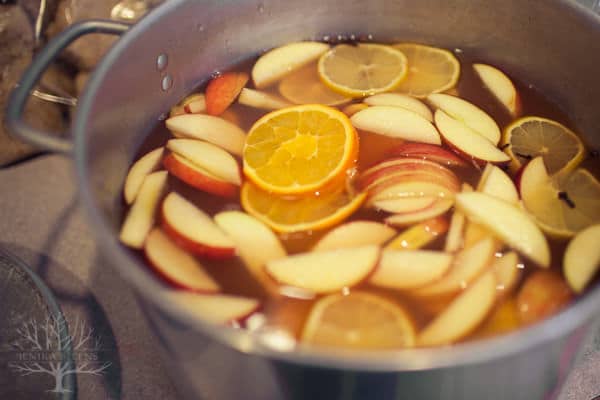 The three days between when you place the order and their package arrives is going to be glorious.

Or the two hours between when you left the thing on their doorstep and when you know they get home will make your face crack with smiles and eagerness.

The look on their face!  They’re going to laugh/cry so hard!  They’ll never expect it!  The phone call or hug the next time they see you!

So much concentrated anticipation and happiness over such a small thing.

And a shot of actual happiness – that creativity-boosting, problem-solving, mind-expanding emotion – is just what you need to get out of a slump.

So, who are you going to surprise, and what’s it going to be?

I have a surprise for you actually.  And I’m going to be wringing my hands in eager anticipation until September when I send it out.

It’s a series of secret missions.

There’s only one way to get the secret missions.  And that’s to drop your email here:

PLEASE LET ME SURPRISE YOU.  I CAN’T WAIT.

I Want You To Hear This Story 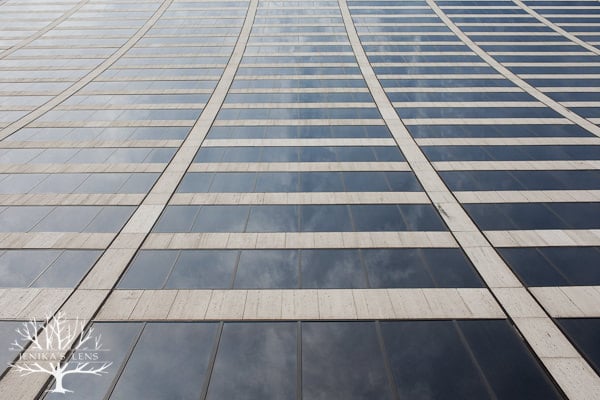 Responding to Clients Who Kindly Ask You To Violate Your Policies 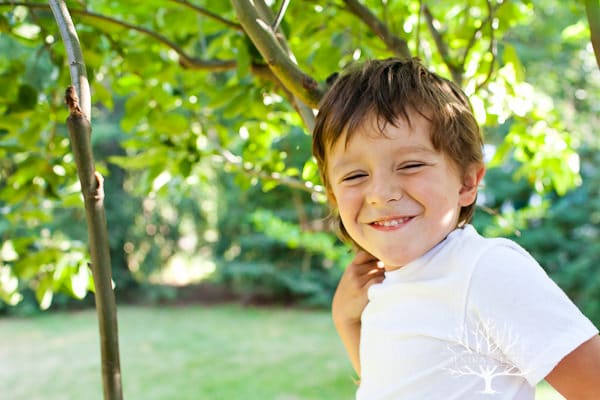 How To Design A Website That Makes You Happy

Why Do People Always Pick My Middle Package?