“Pushy” Is A Marketing Excuse. Stop Using It. 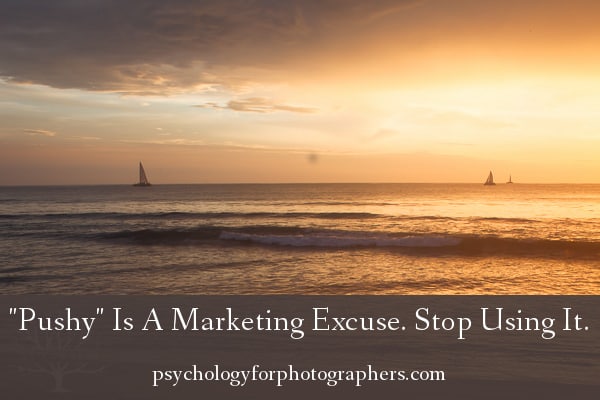 Scene opens:  You’re at a beachfront lounge, waiting for a friend to arrive.

(Play along with me for this one.  Your task:  To point your finger at the screen the moment you read something that would irritate you.  Simple.)

You’re sitting at a table, enjoying the music.  Enter waiter.

Waiter:  Would you care for a drink?

Waiter:  We have a new peach beverage – have you tried it yet?

You:  Oh, I haven’t, but I wouldn’t care for one, I’m just waiting for a friend.

Waiter:  But you’ve probably had a long day – you deserve something!

Waiter:  Would you like to see our drink menu?

You:  No thanks, I’d just like to enjoy the music right now.

Waiter:  How about I bring it just in case you change your mind.

You:  Really, I just want to sit here for now.

Waiter:  Okay, you’re missing out though!  I’ll be back in a few minutes to see if you changed your mind.

Did you put your finger on the screen, and if so – where?

But I’m guessing none of you pointed to the waiter’s first line – “would you care for a drink?” – as irritating.  Am I right?

Because we all know it’s the waiter’s job to ask people if they want something drink.  It’s also their job to spot when someone might be nearing a need for something, and to provide it.

And yes, it’s also their job to make money for the restaurant, and to earn tips.  It’s no secret.  But still, offering the beverage in and of itself is not annoying.  You expect it.

While reading through the comments from De-Lurk Day, something struck me.

Several people said they wanted to market without being ‘pushy.’

“Where does that word even come from?”  I thought.

We throw it around like we all know what it means.  But do we?

Many small business owners hate marketing because they’re afraid they will turn into that waiter – bugging people endlessly about stuff they don’t want.  And they don’t want to seem desparate, either: please please buy this from meeeeee…..

But really, where did the waiter become pushy?  Probably not asking if the person wanted a drink.  Maybe not even after suggesting a novel alternative that may be more appealing.

No, the waiter didn’t become “pushy” until they continued to occupy that person’s time without permission.

Here’s a quick test to determine whether or not you’re being pushy: 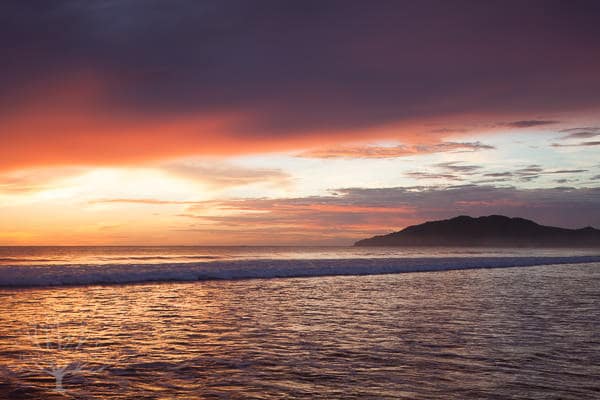 1) Are you concerned about being pushy?

Pushy people don’t walk around agonizing over whether they’re being pushy or not.  They just push.

Either they do it because that’s their personality and it doesn’t occur to them to do it any other way, or –

It’s completely deliberate.  Because they’re okay with irritating the crap out of 100 people if they discover it makes them 30 sales.  They’ve determined it’s better than timidly reaching 40 people to make 5 sales.  They’re totally fine with that tradeoff.

They don’t get personal and anguished about it.  It’s a business decision – boom, done, moving on.

If you’re concerned about pushing others, you probably aren’t going to employ actual pushy strategies.  The mere fact that you’re worrying about it  takes you far outside the category of truly pushy people.

2) Are you trying to help people solve a problem they have?

Chances are, you do what you do because you believe people need it.

Now and again, someone truly needs legal services, dog grooming, LASIK vision correction, photography, and lots of other things provided by the good folks who read this blog.

You can solve a problem for that someone.

You probably also do what you do because it touches you in some way, and you want others to have the same feeling.  Even if it’s not a “need” in the way food or water or air are, it’s something that you believe others would be better off having than not.

You’re not pushing junk onto the unsuspecting masses.  You’re there to help.

And if all you do is stand in the corner, scuffing your toes into the carpet pile, whispering about what you do – they’re not going to get that help.

Stop thinking of marketing as marketing.  Start thinking of it as showing someone how you’re going to make their life better.

Because if you do business ‘right’ – that’s exactly what it is.

3) Are you engaging in totally normal activities that let people know you exist? 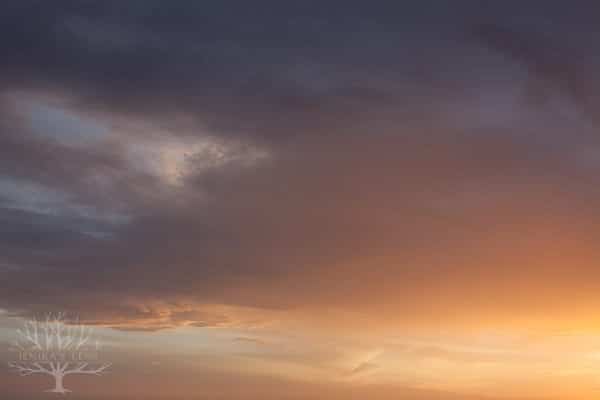 News flash:  People do not have time to go into the world and evaluate every possible solution to fit their needs.  People take shortcuts.  People need relevant information and reminders.

People EXPECT and NEED you to show up and do the heavy lifting.  They can’t always just come find you.  There’s too much to see.  It’s sure nice when they do come on their own, and some will.  But most people need a reason to come.  Give it to them.

Let’s get concrete for a minute.

Here is an example list of non-pushy activities that people expect you to do:

– Sending an email to them when they opted to be on a list to hear from you.

– At the bottom of every blog post, writing something like “Would you like some _____ for yourself?  Click here and we’ll get started!”  (Because if they reached the end of your post, they obviously thought that it was worth reading, and why not invite them to get a piece of what they clearly enjoyed?)

– Making yourself relevant and visible on Google, Pinterest, etc – wherever they tend to look for what you offer.

– Ending a pitch email with “I’ll check in with you at the end of the week to see if you have any questions” – and following up with them.  Because life is busy.  And people need occasional, timely reminders.  How often have you forgotten to do something you meant to do?  Yeah.  Them too.

– Posting a before-and-after (photos of an undecorated/decorated room, a story about someone before/after they hired you, etc.) and asking if people are interested in having _____ transformed in ____ days, with a link to your booking page.

– Asking someone to pass on your info to any friends of theirs who may also benefit from your _____.

All of these things do not qualify as “continuing to occupy someone’s time after they’ve asked you to stop.”  Really, they don’t.  They’re just the waiter offering someone a drink.

Maybe the right person isn’t tuned into the channel you used.  Maybe your message didn’t adequately show them how you can solve their problem.  Maybe they logged out at 7pm and you posted at 8pm.  Maybe your email got filtered into their junk mail.  Maybe they were tired when they read it.  Maybe your writing didn’t get them to keep reading.

More to the point – you’re not being annoying because they don’t have to listen if they don’t want to.

You’re not actually holding them hostage at a restaurant table.  They can unsubscribe from your email list, unfollow you on Facebook or Pinterest, ignore the business owner’s mention of you, etc.  Unless you repeatedly jam the same channel in a short period of time, you’re fine.

Just for comparison, here’s a list of actual pushy things:

– Sending someone 10 emails in a period of 3 days asking if they want X, then snippily texting them “are you not checking your email or what?” when they don’t reply.

– Continuing to contact someone after they’ve asked you to stop (think: our persistent waiter by the time he gets to “Would you like to see our drink menu?” above).

– Talking over people when they’re trying to politely decline.

– Morphing into a corporate salesperson (the kind with overwhitened teeth and false enthusiasm) instead of just talking like a normal human being.

– Guilting someone into hiring you (“but I hired you to do my windows!!” kind of thing).

– Anything that involves a complete bait-and-switch (“I know I said I’d have you all over for a movie night, but here’s a thirty minute pitch for my new ______” instead.)  Note:  This differs from providing people with actual cool free things, then soft pitching at the end.

– Pretty much being a repetitive, conversation-hijacking, annoying jerk.  Which I think we’ve established you aren’t.

If the first – congratulations!  You aren’t pushy!  Get back to it.

If the second – congratulations!  You’d fit in well at Comcast!  But should probably re-examine your strategies if you’re a small business. 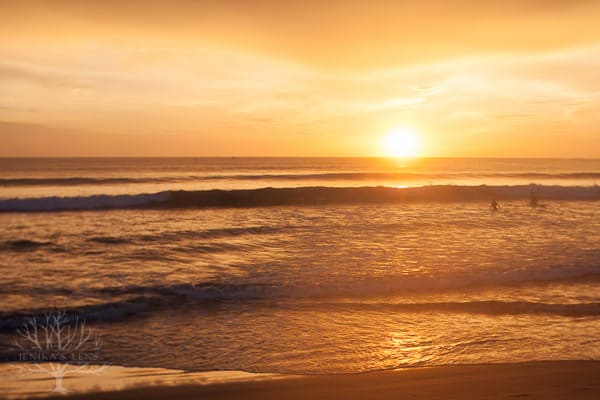 One last piece of cold, hard, but loving truth for you:

If you find yourself avoiding marketing because it’s “pushy,” it’s probably emotional self-defense rather than actual fact.

We tend to hate unfamiliar things, particularly stepping into new roles where we are unsure whether we will succeed.  We would rather sit around and not pursue success if the risk of failure seems too awful and embarrassing.

We also self-handicap.  It’s safer to call marketing “pushy,” because if we fail we can just say “well I’m not cut out for it because I’m just not a pushy person.”

It’s emotionally more comfortable to dismiss marketing as a negative thing you’re not meant to do than to admit that you just need to practice, tweak this, learn that, try again.

It’s easier to say “marketing is pushy and I hate it” than to live with the cognitive dissonance that it’s actually a good thing that helps people solve their problems…and you’re just not doing it.

The best way to stop falling for this self-handicap?

Create something so exciting and problem-solving and client-serving that you really can’t help but talk about it.

You may still not enjoy marketing, but it will feel 98% less pushy when you’re so excited that people *not* finding out about it seems like a tragedy.

Then grab that first list of activities and be off with you.

Posted in Get More Clients, Sales

The Secret to Setting A Successful Goal 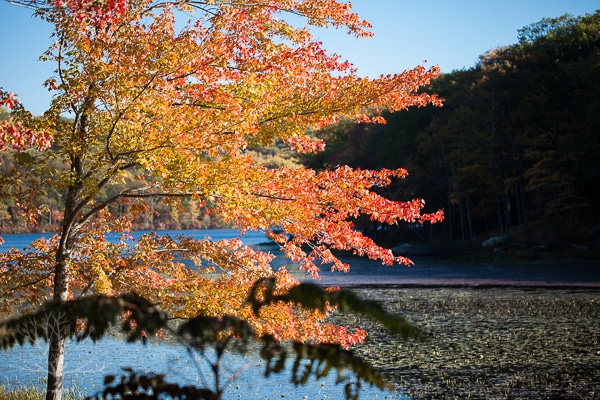