What the Ice Bucket Challenge Teaches Us About Marketing 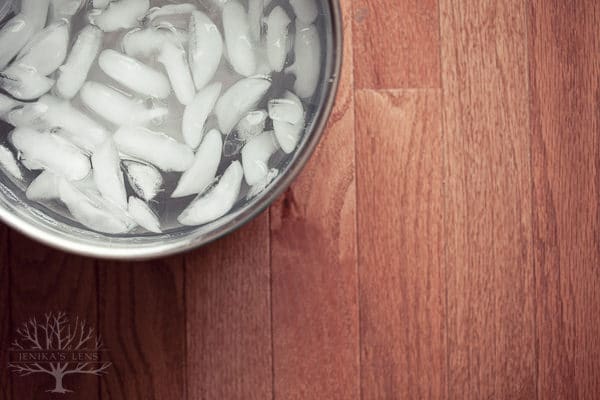 “Does dumping ice water over your head really do anything for ALS – or is it just narcissistic?”

This critique of the Ice Bucket Challenge has been bouncing around in my mini-feed.  Probably yours, too.

As far as I can see, this is actually two critiques rolled into one –

1) does taking the challenge actually do anything, and
2) does it just show that we’re actually all self-centered Gilderoy Lockharts at heart who prefer awards over action?

So, does it do anything?

Facebook has long gotten a bad rap for enabling access to “slacktivism,” or people wanting to appear like they’re doing some good (e.g. by liking or sharing something) instead of getting truly involved.

But not so fast:  A recent study from Georgetown suggests that so-called “slactivists” are actually far more likely to also participate in other forms of activism.  Indicating that slactivism doesn’t necessarily tend to replace actual involvement.  By and large, it appears to be just another channel for the already-interested.

Even that aside:  For Ice Bucket-ing, specifically, the ALS Association reports receiving $94.3 million in donations as of August 27th, compared to $2.7 million during the same time period last year.

Perhaps more fascinating is the acceleration – by August 19th they’d only raised $22.6 million, but then donations started raining in at a rate of about $9 million per day.

So yes, all the ice and fuss is producing fundraising results.

Now let’s turn to the more interesting question:  But how?

Aren’t we just narcissstic for posting videos of ourselves dumping ice water over our heads and screeching like tweens at a slumber party? 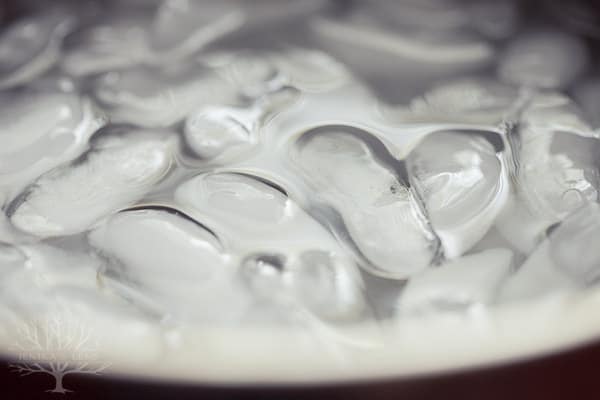 Early on in the Ice Bucket weeks, a skeptical and mildly grumpy Slate writer bemoaned the following: “few of the videos I’ve seen contain any substantive information about the disease, why the money is needed, or how it will be used. More than anything else, the ice bucket videos feel like an exercise in raising awareness of one’s own zaniness, altruism, and/or attractiveness in a wet T-shirt.”

He proposed the following alternative:

Here’s why this argument gets human psychology totally wrong: 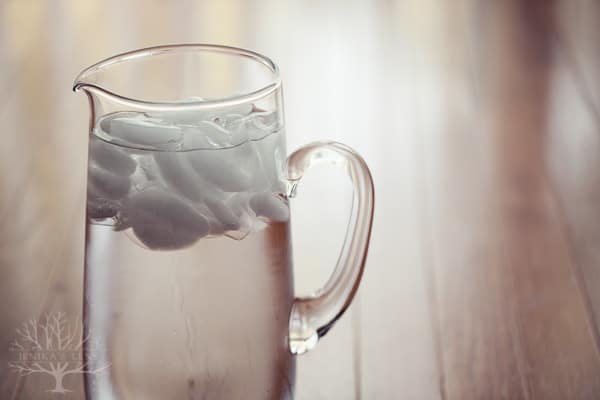 There are two big ways people try and change others’ behavior.

The first is to do what your first instinct would be, and what the Slate writer did – tell them what you want them to do.

Save all the fuss and bother about buckets and ice, and just tell people to donate to ALS research.  Because donating is a good thing to do.  ALS is a terrible disease and you really, really should be aware of it and donate to help fund its medical eradication.

Psychologists call this creating a “prescriptive norm” – telling people what they should do.

But you know what?

There are a hundred thousand things (at least) that you know you should do.

If prescriptive norms worked, we would all do what we’re told:  Exercise regularly, floss, donate to charity and research, eat vegetables, stop procrastinating, print more photos, meditate daily, get annual checkups and tests like clockwork, go to bed early, volunteer at animal shelters, minimize our screen time, read classic novels, watch documentaries, and so on.

People telling us what’s good for us doesn’t work.

But want to know what IS good at motivating behavior? 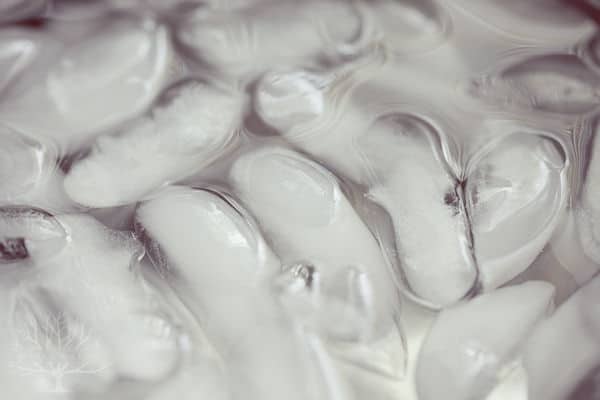 Then switching to descriptive norms:

Telling everyone what other people are already doing.

You know the old parental “if everyone jumped off a cliff, would you do it too?”

Well, I think the Ice Bucket Challenge shows that if everyone poured a bucket of ice water over their head and/or donated to ALS research, you probably would too.

(For more examples of descriptive norms, see this post from my friend Melanie Tannenbaum over at Scientific American.)

And not only that, but the true brilliance of the Challenge is that not only do you see Patrick Stewart and Matt Damon doing it, but you see your next door neighbor doing it, your uncle Joe doing it, your local banker doing it.

People aren’t pouring ice water over their heads because they want everyone to pay attention to them.  They are doing it because their friends are doing it.  Yes, they were ‘challenged’ to do so, but they’re actually following through because they see it everywhere.  When all your friends appear to be doing something, it’s a peculiarly powerful motivator to get you to do it too.

You’re not so much focused on yourself, you’re focused on what everyone else is doing.

Yes, you could argue that you’re focused on others to make sure you’re keeping up your own image.  But if your image is molded by what others are doing, it’s still a socially-oriented activity rather than actual narcissism.

(And besides, in a world where 30% of the photos taken by 18-24-year-olds are selfies, filming oneself isn’t really indulging a new habit – if anything it’s just changing the subject for a few weeks.)

We like to bemoan descriptive norms and “doing what everyone is doing,” but they can have massive benefits for society.

People don’t stand in line at the store because it’s the rule, people stand in line because everyone else is standing in line.  We follow rules because we see other people following rules.  When we see masses of other people breaking rules, we tend to, too.

No amount of policing could enforce all pro-society behavior, so we have descriptive norms instead.  By and large, they get most of the job done.

So Slate’s advice is to do exactly the opposite of what was likely to work.  And their advice would not have resulted in over 90 million in donations – it probably would have resulted in exactly what ALS got last year – 35 times less.  Because the sight of everyone doing something is EXACTLY what is needed to spark a passive audience into action.

You can critique that such a social fad will be short-lived, and perhaps that is true – but so is any particular fundraising campaign.  Short-lived.  And at least now the ALS Association probably end up sitting on a fat nine-figure pile of money to think up their next one.

The ALS Association landed itself in the middle of this intersection of human motivation and behavior, but it certainly did not create it, and it will go on existing even after the buckets are put away. 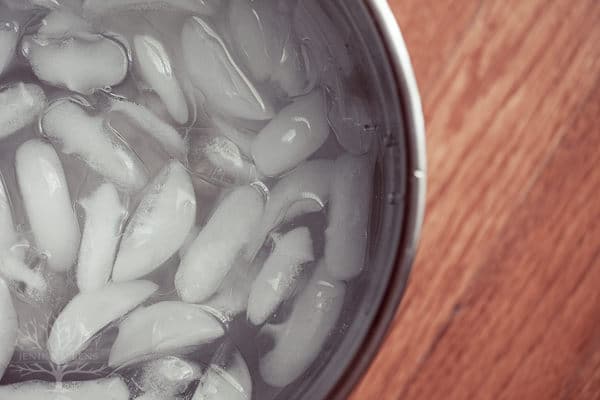 So getting back to what this has to do with you – pop quiz time:

Which do you think might be a more effective new promotion:

“Anita just booked her Christmas card session – have you?”

Which item do you think people would pick from this list?

Which would be more likely to get someone to hurry:

You probably aren’t going to start a viral trend involving ice and get people to hire you.  But you know what?  You don’t need to.

All you have to do is show people what people around them – people just like them – are currently doing.

Give them enough social examples, they’ll feel a familiar pull.

Give someone a “should” by itself?  They’ll just chuck it where they put all the other “shoulds.” 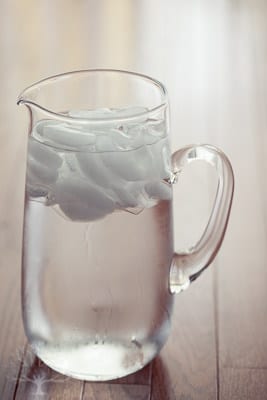 Maybe you like geeking out about psychology and taking a closer look at seemingly-common things.  Because by doing that you can snatch little nuggets to use later.  Just hop on my email list and I’ll keep you up to date!

Posted in Get More Clients, Psychology 101

Get People To Actually Read Your Website (With A Filmmaking Trick)