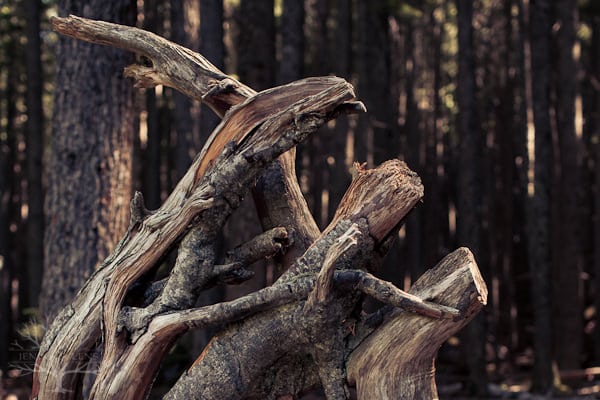 Remember those junior high health textbooks – the ones that covered all kinds of then-awkward bodily system stuff?

And how there was always a chapter about “Emotions”?  (Usually illustrated with six photos of the same face sporting different expressions.)

In that chapter, there was usually a banal paragraph about Self-Esteem, which basically said: Self-Esteem is important. You should have some.  Preferably a lot.

Okay, maybe the book had more to say than that, but that’s about all I remember.  (I was busy folding notes to pass to friends.)

But it seems like junior high textbooks and modern self-help books alike treat self-esteem like it’s some kind of single internal thermometer.

That there’s a quantifiable amount in all of us, and how good or bad we feel about ourselves moves that mercury up and down.

If this were true, then the main work of increasing self-esteem would probably be straightforward.  A list of affirmations, a successful work project, friends who send us nice notes – all these things would nudge the mercury up.

But self-esteem is not a single internal thermometer.  And thinking of it that way can actually be damaging.

As I’ve studied the psychology of self-esteem, I’ve begun to picture it as some kind of weird balloon animal – it can swell in one area and be oddly stunted in another (we’ll find out why in a minute).

It does not rise across the board at the same rate, and things that boost one area can leave another thoroughly untouched.

Creative people’s work tends to be impacted by the way they think about themselves.

You’ve probably heard every mentor ever tell you to become “more confident.”

And you try, but confidence and self-esteem can feel elusive, because just when you feel you’re making progress in one area, WHAMMO, something unrelated happens and makes you feel terrible.

So let’s look at what we really know about self-esteem.  Because just knowing how it is set up might bring you some relief. 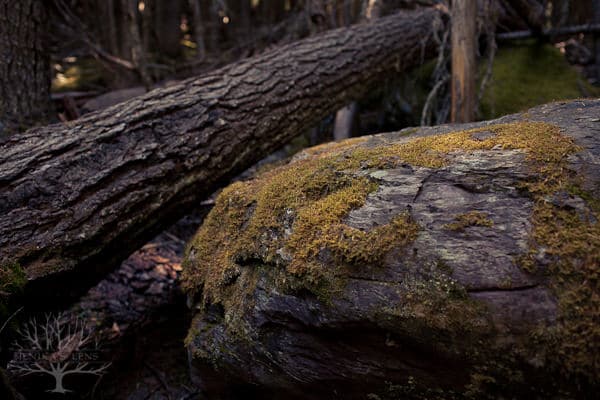 Psychologists have several ways of describing self-esteem, we’ll talk about the two that I find most enlightening.

The first way to look at self-esteem divides it up into three tiers….like a delicious self-esteem cake:

Global self-esteem is a broad assessment of how you feel about yourself generally.  This is probably the closest thing to what people mean when they think of a single internal thermometer, since it’s something of an average across important life situations and feelings.  But unlike a thermometer, global self-esteem is generally pretty stable in most adults, because it’s built slowly over time across experiences.

Task self-esteem (you’ve probably gathered by now) is your self-assessment on a specific task.  How you feel about yourself while doing math, or speaking German, or using off-camera-flash, or emailing a client.  Situations can be made up of several tasks.

When you look at these three layers separately, I hope a few things start to become clear.

First, things you might have observed over your lifetime now seem more predictable.  Jane feels like a failure at home, so she throws herself into her work.  Jack is usually the life of the party, but has to white-knuckle the podium to get through a public speech.

It’s not that Jane or Jack have “high” or “low” self esteem.  Humans are not that simple.

You can feel okay about yourself generally, but your judgments of yourself can still vary by situation or task.

And of course we want to spend less time doing things that make us feel lousy about ourselves.  Sometimes, we avoid them.  (Which is precisely why we might not ever get better at them.)

The more you think about it, the closer to home the implications feel – 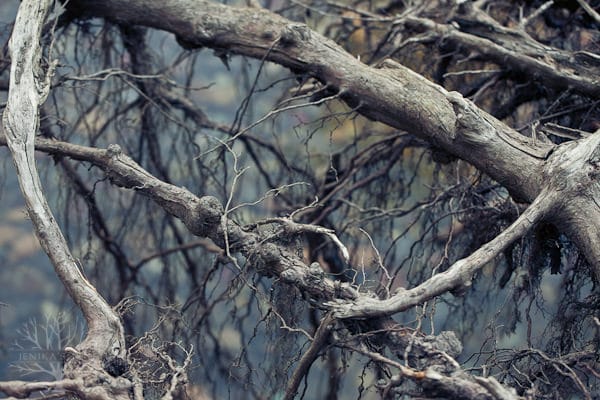 The difference in self-esteem in those different situations might have side effects:

People can, for example, feel good about their photography, but terrible about their business skills.  So they avoid engaging too deeply with business tasks.

Then they make the mistake of attributing failure to their art being not good enough.  When in fact it was due to them not spending any time on business because it stressed them out so much.

So instead of thinking that the client didn’t hire them because their marketing pitch was hand-over-mouth-yawnworthy, they start to think that they are just a bad artist.

Side note:  For some people, it can counterintuitively be emotionally easier to say “well I guess I’m not as good of a photographer as I thought I was” and walk away, rather than spend more time doing something that made them confront the true insecurities.

Saying “I’m a bad artist” can actually be a crutch in these cases.  An internal, self-protective excuse for failure that means they never have to confront things that make them feel stupid, scared, or sweaty, like pricing or marketing.

Splitting self-esteem up into global, situational, and task components gives us a sense of why we can have high self-esteem but still feel terrible sometimes.

Self-esteem doesn’t always grow evenly, and its components do not necessarily rise in tandem with one another.  Your opinion of yourself can move or grow in fits and spurts.

As you become better at one thing, your self-evaluations can rise related to that thing, but remain low in another area.  Especially if you avoid that area because it feels like a black hole of gloom.

But there’s hope here, too.

Knowing that self-esteem can vary by task or situation gives you permission to step back and say “okay, I feel bad right now, but not always.”  You can explicitly put negative feelings back into perspective.

You might feel terrible about yourself when you sit down to figure out WordPress, because maybe it brings up your insecurities about technology or writing.  But knowing these feelings tend to be specific to the task at hand means you can give yourself an emotional heads up going into it (“okay this brings up some terrible feelings”) and help you limit those feelings (“but it’s just this – there are lots of other things that I feel confident at, and if I keep doing this, I will at this too”).

We’ll get more into that good stuff next time.  For now –

There’s one more way to look at self-esteem that I think we should peek at: 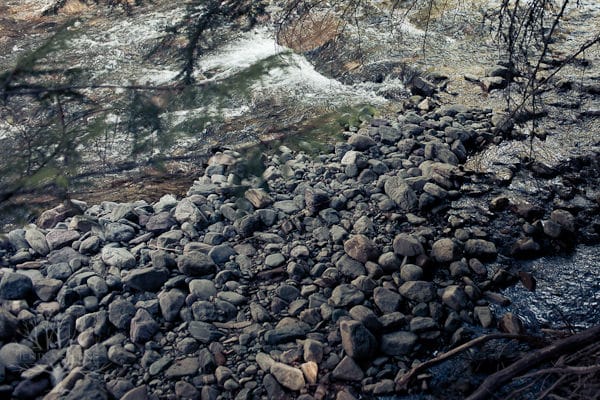 Take what we learned above and set it aside for a moment.  We can also think of self-esteem in two components:  Implicit and explicit.

Implicit self-esteem refers to your automatic, unconscious feelings about yourself.

Since implicit self-esteem is unconscious, as you can imagine, it’s harder to study.  But it can be indirectly measured in interesting ways.

For example, people with higher implicit self esteem tend to think more highly of things associated with themselves.  Even random things.  Like if your birthday is August 13th 1970, you would probably think more fondly of August, and even just the numbers 8/10/70.  It’s not about the numbers really, that’s just a funny, visible example of how deeply and pervasively these unconscious, automatic mechanisms can influence your opinion about yourself and things relating to you.

Meaning that their unconscious, automatic thoughts about themselves are negative.  But consciously, they try and maintain that they’re just fine.

As you can imagine, people who feel this way find that their self-esteem is unstable.  It takes a lot of work for them to feel explicitly good about themselves when unconsciously, they don’t.  Thus, this mismatch is known as “defensive self-esteem” because they feel the need to frequently re-validate themselves and defend their explicit self-esteem against any perceived attack.

People with defensive self-esteem tend to seek a lot of external positive feedback and are greatly concerned with maintaining a good opinion of themselves.  They don’t deal well with criticism and tend to be less forgiving.

But if you ask them, they say they feel good about themselves.  Tricky, huh?

People can also have high implicit, but low explicit self-esteem.

In this case, people do think well of themselves unconsciously, and that can be good – it can creates a lot of optimism and hope for the future.

Sometimes, however, this can go hand in hand with high levels of perfectionism – people set high goals for themselves that they cannot actually reach.  Then the mismatch between how they feel about themselves and the reality makes them feel terrible.  This can damage their explicit self-esteem, and can sometimes result in despair, loneliness, and even depressive symptoms.

Even though their implicit self-esteem is high.

So is the self-esteem picture always bleak?  Not at all. 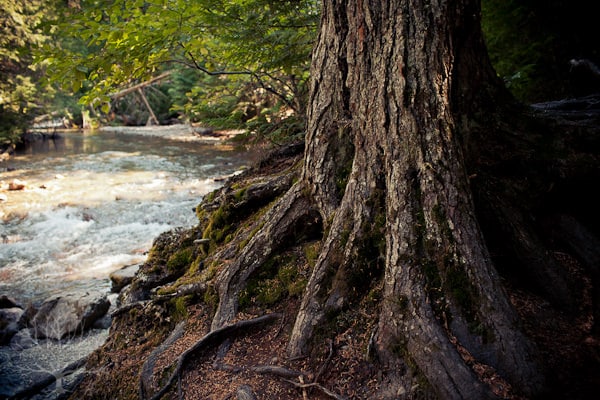 Next time, we’re going to talk about raising self-esteem.  As a creative human, you have both a personal and professional vested interest in doing so.

But I wanted to give you a sense of what we’re looking at before we launched into that.

For now, I hope you’ve appreciated some of the glorious complexity of humans.

That self-esteem can at once be high and low.  And the particular combination of high/low-ness can produce some terrifically different results.

And it’s important to understand that before we talk about raising self-esteem.

Because I COULD claim I have the silver bullet magic for raising self-esteem, but I would be lying.

And now you know why – because there is not even a single target to hit.

Different self-esteem-raising tactics raise different aspects of self-esteem, and what works for someone else might not work for you.  Not because the advice is bad, but because you needed help in a different area.

So, between now and next time, I invite you to mull these things over.  Watch throughout the week how you’re feeling about yourself, even.

Are there specific tasks where you feel good or bad about yourself?  Do you find yourself engaging or avoiding as a result?

And, for example, does understanding that situational self-esteem differs from global self-esteem help you feel better about yourself when something goes poorly?

Something to keep an eye on.

If you’re feeling brave, let me know if you uncover anything interesting in the comments.

See you next time.

A Business Lesson in Human Nature

Ready to Get More Clients and Be Happier In Business? Start Here…