This week we’re going to be talking about some key differences in marketing to men vs. women.

But before we get there, I just want to make sure we’re all on the same page about a couple of things.  Namely, what it means to even compare men and women.  So first, let’s talk about toast.

Tell me if you’ve seen this happen:  Someone posts an article on Facebook that claims something like:  “Research shows that people like toast.”  And someone replies, “Psssssh, whatever.  My cousin hates toast.”

But a “cousin” argument doesn’t actually disprove anything.  And it’s worth understanding why.

As we’ve discussed before, people usually vary along a spectrum.  In this case, we would probably expect people to fall along a ‘normal distribution’ of toast appreciation:

The thing is, when research is reported, more neutral scientific language like “the majority of people like toast” or “the average preference of the population is pro-toast” usually gets translated into something more absolute:  People like toast.  (It’s quicker to read and makes better headlines.)

Anecdotal arguments, like the fact that your cousin hates toast, cannot disprove a finding by themselves.   It’s likely that they’re just in that 2.1% of toast haters.  They’re an exception, so the rule that ‘the majority of people like toast’ can still exist.

Of course, sometimes research gets it wrong.  Maybe the scientists only surveyed people who work for a bread company, so their results are skewed.  We should always look at their methods.  But that still doesn’t mean that exceptions disprove a finding.  Especially since:

The larger the population you measure, the more exceptions there will be.  2.1% of your neighborhood might only be a person or two, but 2.1% of the United States is around 6.5 million people.  That’s a lot of potential toast-haters.  You are going to run into lots of exceptions in your lifetime.

Here’s where it can get ugly:

“Cousin” arguments tend to crop up in situations where you’re talking about differences between groups.  Say, toast lovers vs. bagel lovers.

Suppose a study found that toast lovers eat jam more often than bagel lovers.  In reality, researchers would be comparing to see if the averages of the two groups differ.  Thus, there may be considerable overlap within those two groups: 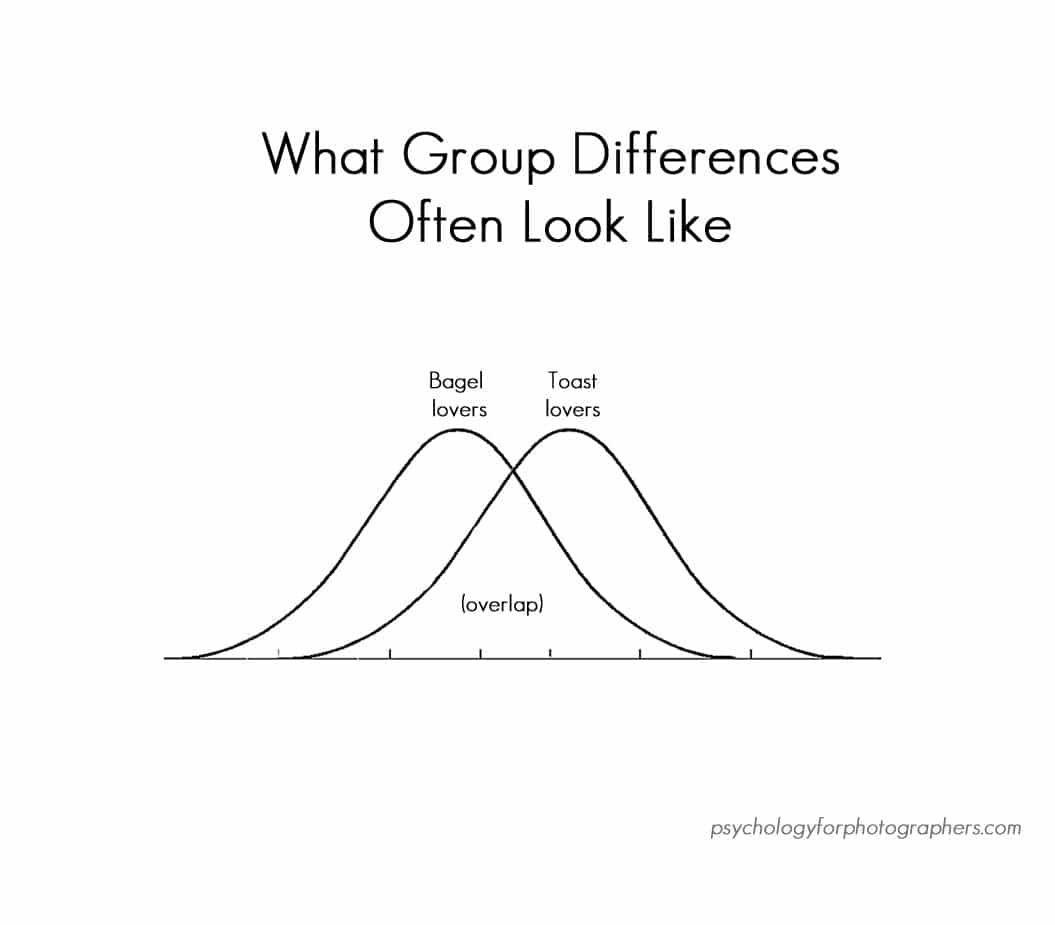 Translation?  You’re still going to have plenty of bagel lovers who eat jam.

“Group difference” research can get pretty controversial.  No one really cares about toast and bagels, but what if it compared Canon vs. Nikon users?  Or Yankee fans vs. Red Sox fans?  Or men vs. women?

Martha Barletta, author of Marketing to Women, pointed out that whenever you hear a statement like:  “Men tend to be taller than women” – please keep in mind:

2) There is almost always overlap between the groups.  (There are lots of tall women and lots of short men.)  So:

3) The difference between groups doesn’t guarantee differences between specific individuals.  (It doesn’t mean that Joe will be taller than Jill.  Or your cousin.)

So when we talk in future posts about differences between men and women, of course these are generalizations about groups.  Of course there are exceptions, and of course there will be overlap.  It doesn’t mean that any research finding will apply to each client you encounter, but they are useful things to keep in mind as you write your web copy or decide how to present your sales information.  Are we all cool with that?

See you back here soon for some marketing goodness!

Your Panic Plan: Read Before You Need! 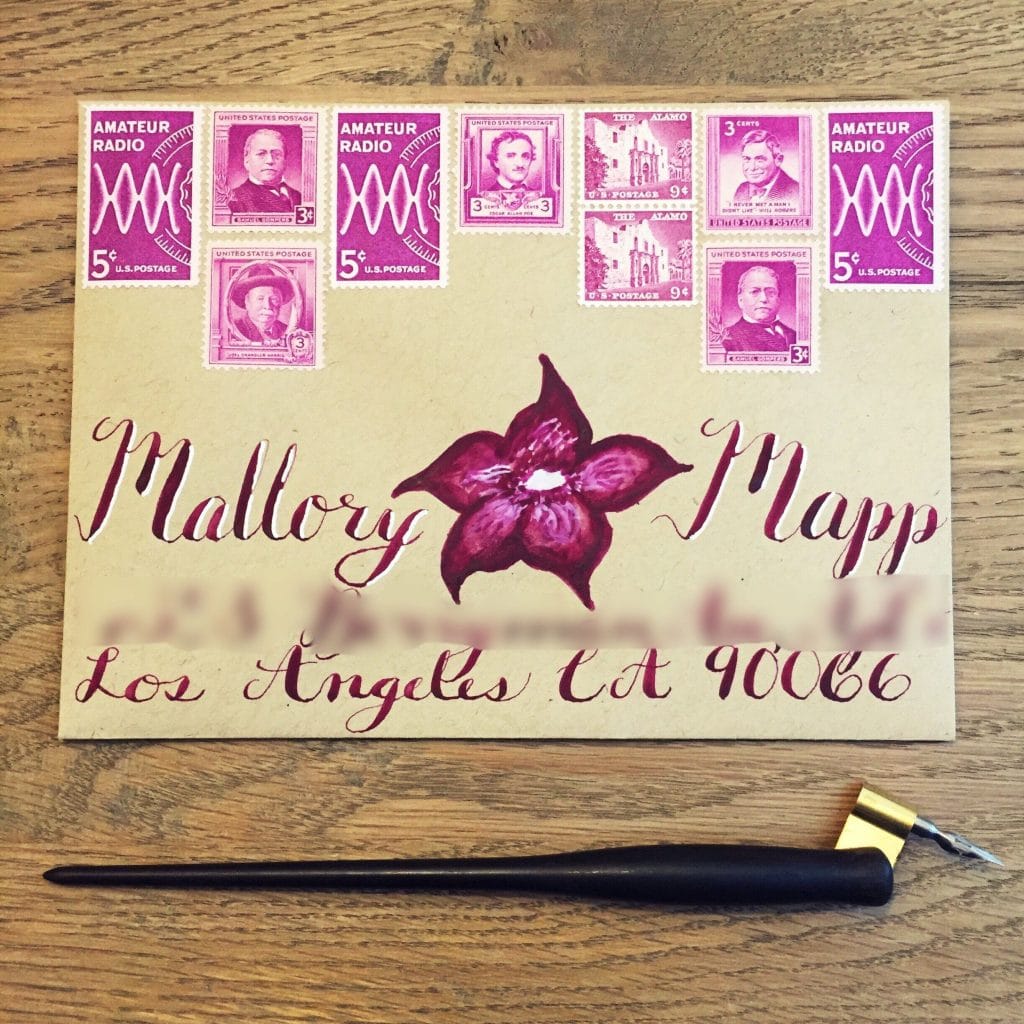 I Just Wanna Say One Thing Before Christmas…

Get People To Actually Read Your Website (With A Filmmaking Trick)