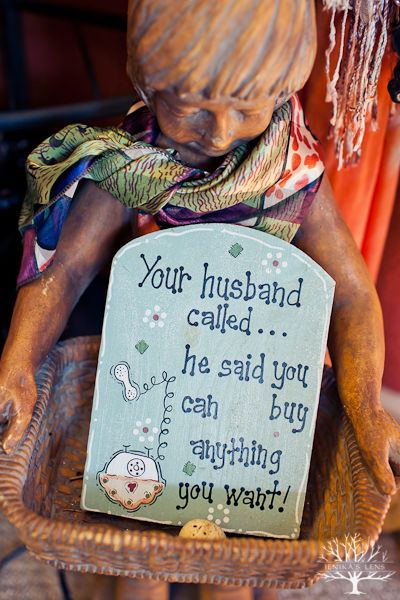 To create a profitable promotion, you must accurately answer the following question:  What business am I REALLY in?

Hint:  The answer is probably not ‘photography.’

To explain, let me introduce you to David Tuckerman.  He was the President of Distribution when New Line Cinema released the Lord of the Rings Trilogy, which means he’s a Big Deal in the corporate world.  I’m betting he achieved Big Deal status because of the mindset he had while running a local movie theater.  He states:

“Your local cinema isn’t in the movie business.  It’s actually in the soda and popcorn business.  That’s why they make popcorn in front of you.”  (Source:  The 1% Windfall)

Take a second and think how his profits would have suffered if he had thought of himself as being in the “movie” business.  A movie theater only has so many seats.  If he was in the movie business, his maximum profit per night would be the number of seats times the cost of the ticket.   But popcorn, candy, and soda?  That profit barrel is bottomless, baby.  He knew what business he was in.

Just like there are only so many seats in a theater, there is a limited number of hours in a week that you can devote to actually taking photos.  That means that it’s probably not smart to be in the “photography” business.  Yes, people pay you a fee to show up and press the shutter, but unless you’re charging $1000 per hour to take photos, you aren’t going to be very profitable at the end of the week selling “photography.”  (Note: There may be an exception here for weddings because of the number of shooting hours required for one client.  But for portraits of any kind, the cashola usually doesn’t lie in the session fee.)

Your ACTUAL business is most likely whatever you sell when you’re done taking photos.

The business you’re ACTUALLY in should help you decide what promotion to run.

For example:  David looked at his earnings and saw that Monday night ticket sales were slow.  Only about 10 patrons per movie.  So he introduced “Monday Date Nights” at his theater – buy one get one free movie tickets!  Suddenly he had 150-200 people per showing.  And they all bought popcorn.  Profits soared.

If David had thought of himself as being in the movie business, then he might have tried to run a “Free popcorn with the purchase of 2 tickets!” promotion.  It would have been a disaster.  First, he would have been entirely losing out on his true profit center.  Second, people might not have been as eager to come, because the price to get in the door is still a psychological hurdle.

By recognizing that the price of the ticket wasn’t really where he made his profits, he brought people in to spend money on the thing that he was really in the business of selling.  Incidentally, moviegoers treated the money saved on admission as an unexpected gain, spending the money on extra concessions they would not have bought otherwise.

I see photographers run promotions like “Book a session in July and receive a free 16×20 canvas!”  If they’re going to actually make money at that, then their main profits should be banked in the session fee, or perhaps a large minimum purchase.  Otherwise, people are going to take the free canvas and run after the session, and may or may not spend money on other products.  If your profits are in your products, then products aren’t the freebies to dangle to get people in the door.

Remember to look at the entire client experience before settling on a promotion.

I’m not suggesting that a sure bet to bring in the clients is to discount your session fee.  David’s customers took the money saved on admission and gleefully ran to the concession stand.  That may not happen for you if you slash your session fee (your price of ‘admission’), because there is usually a time lapse between booking a session and buying products.  The client may be happy about the money saved from the session, but they may spend that gain at the grocery store before they get to your sales session.

Know your clients and know your profit centers.  Try adding value that doesn’t cost you much.  An extra 30 minutes of session time, free iPhone covers with a purchase of a canvas gallery, etc.  Know what motivates your clients, and leverage that to bring them in the door without giving away what you’re actually profiting on.

Schedule a time (or take ten minutes now) to write out exactly what you’re selling.  Put it on a sticky note on your computer, and don’t forget it.

Knowing what you actually sell can be the difference between struggling and profiting.

Posted in Get More Clients, Sales

I Just Wanna Say One Thing Before Christmas…