What Van Gogh Will Teach You About Being A Photographer 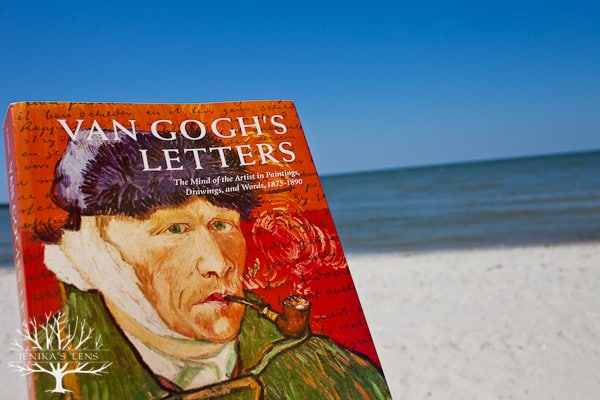 I spent this morning under a beach umbrella reading some collected letters of Van Gogh.  Shadows of seagulls grazed the sand around me, and my feet slowly slid outside the shade into the sun, but I was so breathtakingly absorbed in Van Gogh’s journey that I hardly noticed them baking into a lobster hue.

Van Gogh may have been a troubled 19th-century Dutch painter, but he knew exactly what it was like to be a 21st-century photographer.

But it shouldn’t have.

As artists, we all tend to isolate ourselves and think that we are unique in our struggles.  That we alone live with self-reproach, and everyone else is having fun and swimming in clients and making money.

So it’s a bit of a shock to read another artist’s writings and see your inner dialogue splashed across the page, as if they tore a few pages from the journal of your mind.  You want to glance over your shoulder and see if anyone else has noticed how exposed you really are.

Anxiety, fear, financial struggles, and gnawing doubt are not unique to you.

These are well-trodden paths already muddied from the feet of millions of artists before you.  And the way out of that place is equally as worn – and yet we all act surprised when we find it.

But I’m getting ahead of myself.  Let’s get back to Van Gogh and his journey as a young artist.  Because it’s probably the same as yours and mine: 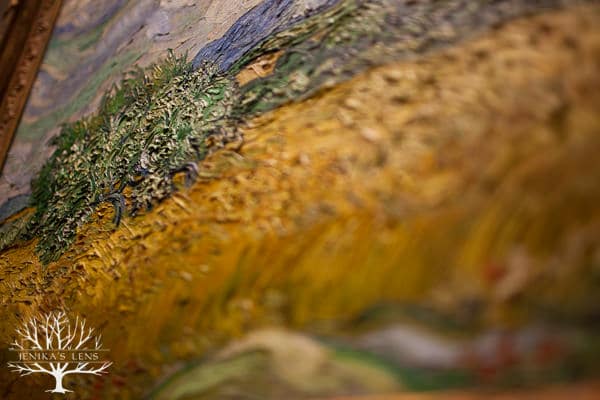 We all start with something restless inside of us, and it frustrates us that we can’t get it out yet.

“So what do you want?  Does what happens inside show on the outside?  There is such a great fire in one’s soul, and yet nobody ever comes to warm themselves there, and passersby see nothing but a little smoke coming from the top of the chimney, and go on their way.”

We can instinctively sense it when we’re poised to do something.  We know the ache for something bigger, that would lead to that lifestyle we want.  Our dreams can be both sharply specific and deeply murky at the same time.  And when we don’t know how to start, how to get it out, we get antsy.  We wish we could skip over the beginner’s bit and leap out of our tender shells fully formed.

Our frustration as aspiring artists – bafflingly – tends to lead to inaction.  Which is the worst thing possible.

Despite his fire, Van Gogh found himself just sitting around early on, and struggled to explain why:

“There are quite different kinds of idler.  There is the man who is idle from laziness and lack of character…

Then there is the other kind of idler, who is idle despite himself, who is consumed inwardly by a great desire for action, but who does nothing, because it is impossible to do anything, because it is as if he were imprisoned in some way, because he lacks what he needs to be productive, because inevitable circumstances have reduced him to this”

Have you ever been breathlessly eager to become the greatest photographer in the world – only to find yourself sitting inside with your camera still zipped up in its bag?  And you can’t really explain why?

This line of thinking leaves us feeling suffocatingly trapped, because those circumstances don’t change on their own.  So we sit frozen in our computer chairs, watching other artists work, and not doing anything ourselves, thinking we don’t have what we need, and we must wait until we get it.

“Such a man does not always know himself what he could do, but he feels instinctively: nevertheless I am good at something, I can sense a reason for my existence!  I know that I could be quite a different man!  How could I be useful, what could I do?  There is something within me, but what is it?

We know inside we could be great, or perhaps at least as good as the guy down the block or the woman whose blog we follow.  We just don’t know how. 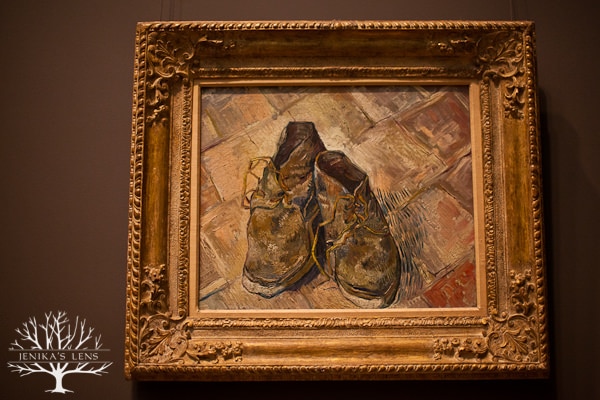 The only, only, ONLY way out of creative, business, or personal paralysis is to GET TO WORK.

The way to find what lies within you is through action, not introspection.

Endless rumination leaves you running in circles, but your life and inspiration reveal themselves as you start to move.  In any direction.

I have been worrying about it for a long time, but I always thought it was impossible and beyond my reach.  But now, even though aware of my weakness and my painful dependence on many things, I have recovered my peace of mind, and my energy revives from day to day.”

You will get out of your funk not when you ‘get inspired,’ but when you get to work.

Introspection is a much more productive exercise when you can consider your feelings about some actual actions you’ve taken – rather than mulling over an endless parade of things that might happen or could develop.

Once Van Gogh started devoting constant effort to drawing, his letters took on an entirely different tone.  Energetic.  Hopeful.  Humble about his still-developing level of talent, but thrilled by his steady progress.  Even if he couldn’t always draw as he wanted, he was quicker to at least identify what went wrong, and use that to help him the next time around.

You will feel better when you get moving.  When you take one step.  When you get your camera – whatever camera it may be – and start pointing it at things.

Side note:  Van Gogh’s career barely passed a decade, but in that time he turned out 2,100 drawings and works of art.  That shakes out to a pace of about four pieces per week.

Where would you be in ten years if you went out shooting four times a week? 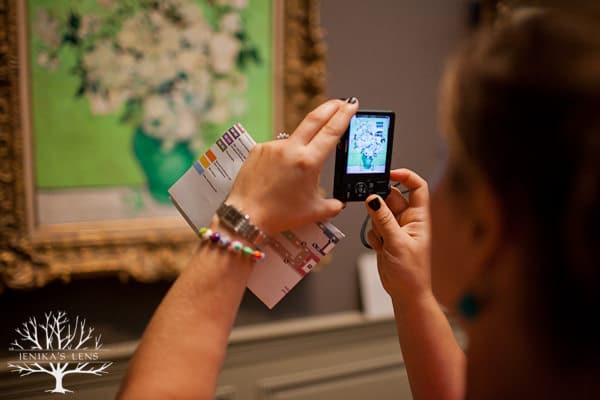 Van Gogh referred to his prolific pace by saying:  “The factory is in full operation.”

Think about factories in the 1880s – in all their dingy, terrible, soot-belching glory.  Why would Van Gogh choose such a metaphor for his art?

Because it’s not all beauty.  You have to show up and toil, every day.

Faulkner wrote “I write only when I’m inspired.  Fortunately I’m inspired at 9:00 every morning.”

Forget waiting for the muses to descend upon you.  They will – but they’re more likely to when you’ve already shown up for work.  Get that factory going!

Warning:  You have to produce a lot of lousy, sometimes-embarrassing stuff before you start to produce good stuff.

“Mauve tells me that I will spoil at least some ten drawings before I learn how to wield a brush well.  But beyond that point is a better future, so I can carry on working… and will not let myself be put off, even by my mistakes.

It goes without saying that one can’t master the technique in a day.”

Work through the clumsiness.  You’re evolving.  Accept that this is not a commentary on your potential – this process just takes time. 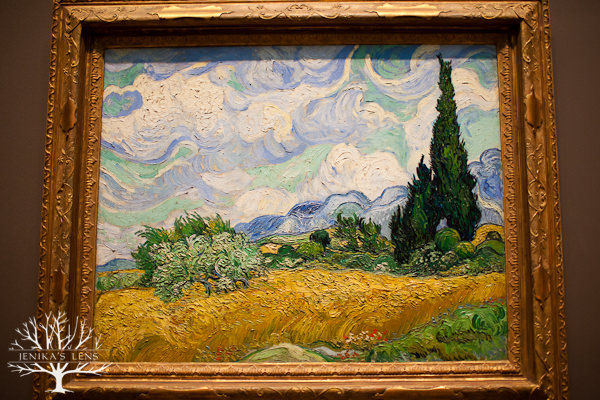 Parting words to steel you:

“Nature always starts by resisting the artist, but if you take her really seriously, you will not let yourself be upset by this resistance; on the contrary, it is an extra stimulus to conquer her…And having wrestled and battled with nature for some time, she starts to be a little more cooperative and submissive.  Not that I have reached that stage, no one is further from it than I believe myself to be, but I am beginning to make headway…

[Conquer] the resisting party by perseverance…In many things, but certainly in drawing, I believe that holding on tight is better than giving up.”

Hold on tight, and don’t give up.

Quotes selected from Van Gogh’s Letters, The Mind of the Artist in Paintings, Drawings, and Words, 1875-1890, edited by H. Anna Suh.  Highly recommended!!  I bought it at the Metropolitan Museum of Art store; I think my husband was secretly glad I went for the book instead of the $425 Roman sculpture replica I had my eye on.  (What can I say, I have a thing for ancient art.)

How To Craft the Perfect Tagline for Your Business

The Nine Words That Should Not Appear On Your Blog. Anywhere.