Your Blog Should Be More Like Hannibal Lecter. Here’s Why. 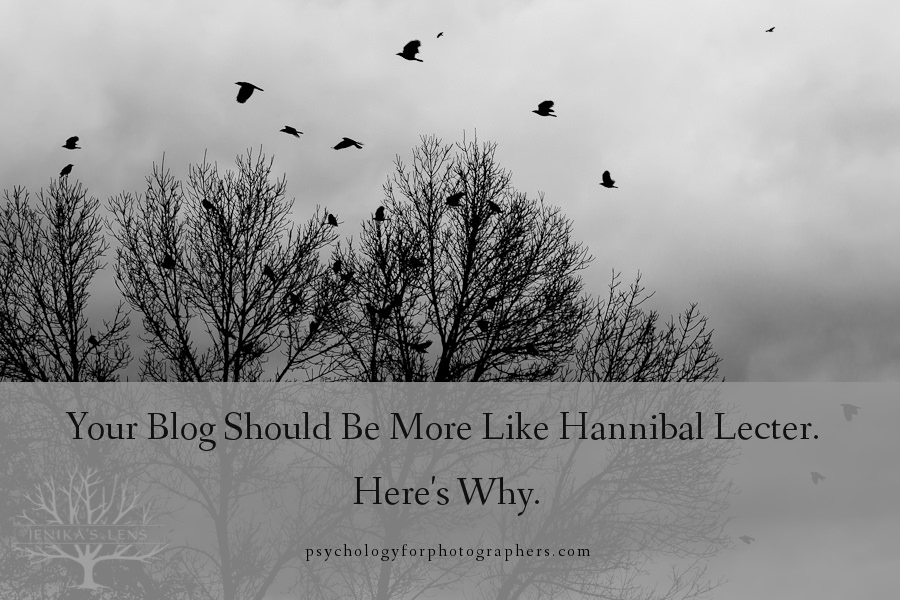 The prison gates shut with a reverberating claaang.  Somber violins threaten in the background.

Prisoners lurk and grapple against the bars of their cells, following you as you hurry to pass by.  And then, the climactic moment.  The camera whirls around the corner, as if pulled, and shows….

A man, standing serenely in the center of his cell.  He says calmly, “Good morning.”

This is how the world meets Hannibal Lecter.

I’ve never actually seen Silence of the Lambs.  But all the “best of” lists include him as one of the creepiest, scare-the-pants-off-you-est villains of all time.

Recently I caught that short clip of Clarice, a young FBI agent, encountering Lecter for the first time, and was struck by just how eerie that placid, simple “Good morning” was.

There’s nothing actually that scary about a man standing quietly saying “Good morning,” or politely inviting you to “Sit, please.” 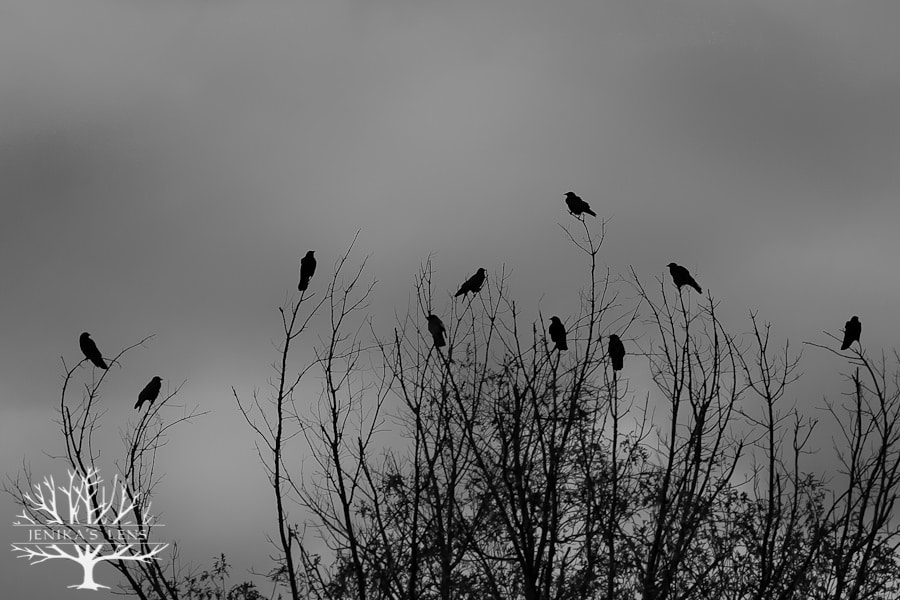 But you KNOW this man is evil, and that makes his pleasantness all the more frightening.

When will he drop the facade?  How will he do it?  And what should you do if he does?

Your brain cycles through a thousand possibilities, your heart rate increases, and your pants are – indeed – scared off.

Anthony Hopkins, who plays Lecter, absolutely did this on purpose.  He could have played Lecter solely and constantly as a raving, flailing, teeth-gnashing monster, but he says “I don’t have to do that – the audience [does that] for him….They frighten themselves.”

The audience already knows that Lecter is a bad guy, their imaginations take care of creating the fear.

So instead of trying to BE scary, Hopkins said he simply “plays the opposite” and lets the audience handle the “getting scared” part.

Take a minute to let that masterclass in emotion sink in:

You don’t have to BE whatever emotion you’re trying to inspire in others.  The audience can fill that in for you.

And, in fact, when you let them fill in a few blanks, it will be more powerful than anything you could have tried to throw right in their faces.

Let’s turn away from crazy cannibals and apply this lesson to something more pleasant, like weddings: 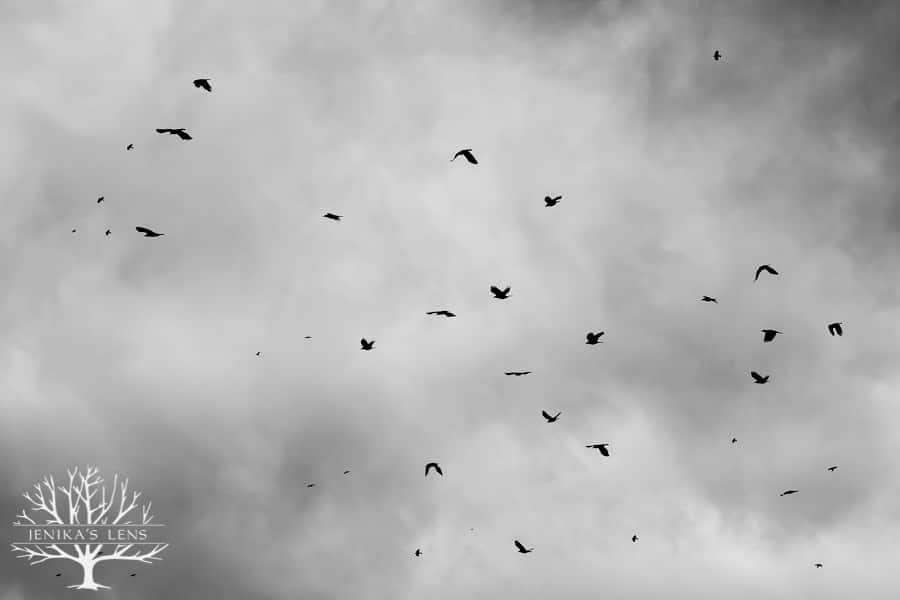 You already know you don’t need to take pictures of bawling people to show it was an “emotional” wedding.  You can photograph:

A hand pressed against a mouth.

These are all you need.

Sometimes, the less you show, the more powerful what you do show becomes. 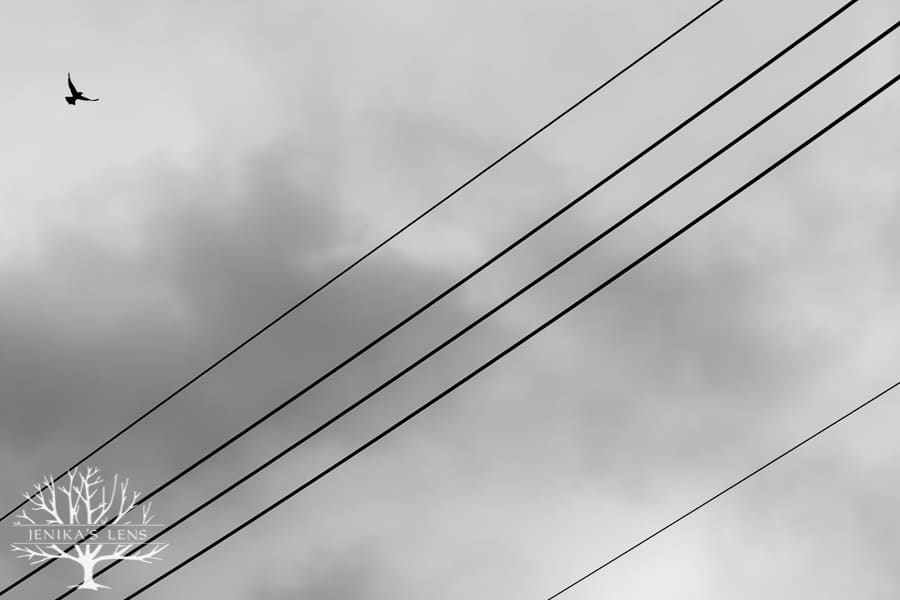 It’s no different in blogging than it is in photography or scary films.

For example, the following two sentences make the same point – which one makes you feel it more strongly?

1)  She watched as her husband brushed tears from their toddler’s cheeks, and smiled.

2) I loved this family!  Aren’t they soooo adorable together?

If you want a reader to agree with you that this family is adorable, simply show them something adorable and let the “aww that’s adorable” well up inside of them.  Let them handle filling in the emotional blank.

We all know toddlers are cute – we don’t need to be told.  Show us something simple, and let us remind ourselves. 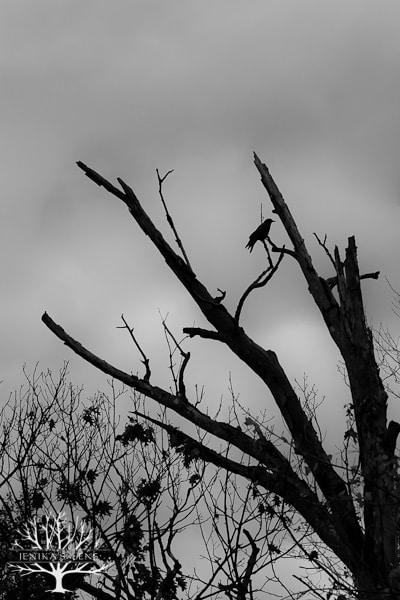 Readers don’t want to be sprayed with a fire hose of enthusiasm.  They’ll generate their own enthusiasm if you let them decide something for themselves.

“A passage that is too ornate, too overwrought, says to the reader “Look at this!  Do you see how sad this is?  (Or funny, or grim, or scary?)  A reader likes to do a little work, to make his or her own discoveries….Lure, don’t force, readers into a story with you.  Remember that they want to be lured, they want to lose themselves in your words.”

One way to avoid the “caffeinated cheerleader enthusiasm” approach is to try this:

The way mom’s lips met the downy curls of the newborn.  The way the toddler kept running away from her parents – but still glanced back every few seconds to make sure they were still there.  How the bridesmaid had to reach over and steal a groomsman’s handkerchief.  The big brother who made that ridiculous chipmunk noise to get a face-cracking grin out of baby sister.

Many of the best moments are wordless, and that’s why photos are so wonderful.  But you can still put words to them in a post – and have them be more arresting as a result.  Simply describe the scene, and leave it at that.  Don’t gush.  Just show.

Just as a simple “Good morning” can be the creepiest possible thing in the world, so can a hand brushing over a child’s head be the most meaningful moment in the world.  Describe it, and it invites the reader to fill in the blanks, to pay attention to their own emotions.

Then, they will carry that emotion and that attentiveness with them as they look at the images you post.

Would you like more help moving your audience?  Getting them excited about your work – so they want some for themselves?

Or maybe you’re just sick of spending forever writing a post, only to have a dozen people read it.  You want to write more quickly, and for a larger audience!

I can help you with that: 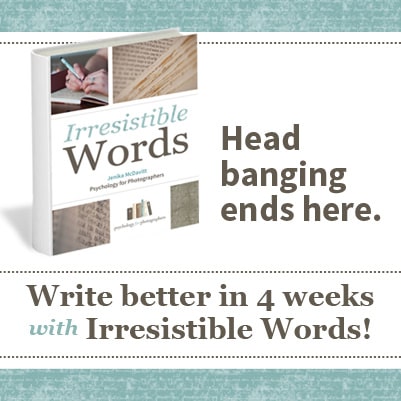 Irresistible Words is a course that will teach you to write strongly and more persuasively – so that you can breeze right through your marketing, blogging, social-media-posting, emailing, and client-info-giving (all of which require writing), so that you can get back to shooting already.

Want to hear from some photographers who already purchased the course this week? 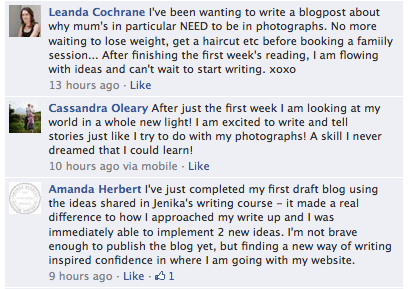 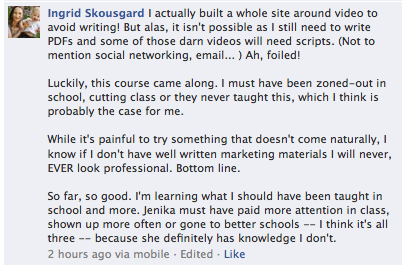 You can write better and spend less time working on your business.

3 Things I Screwed Up in My New Photography Business 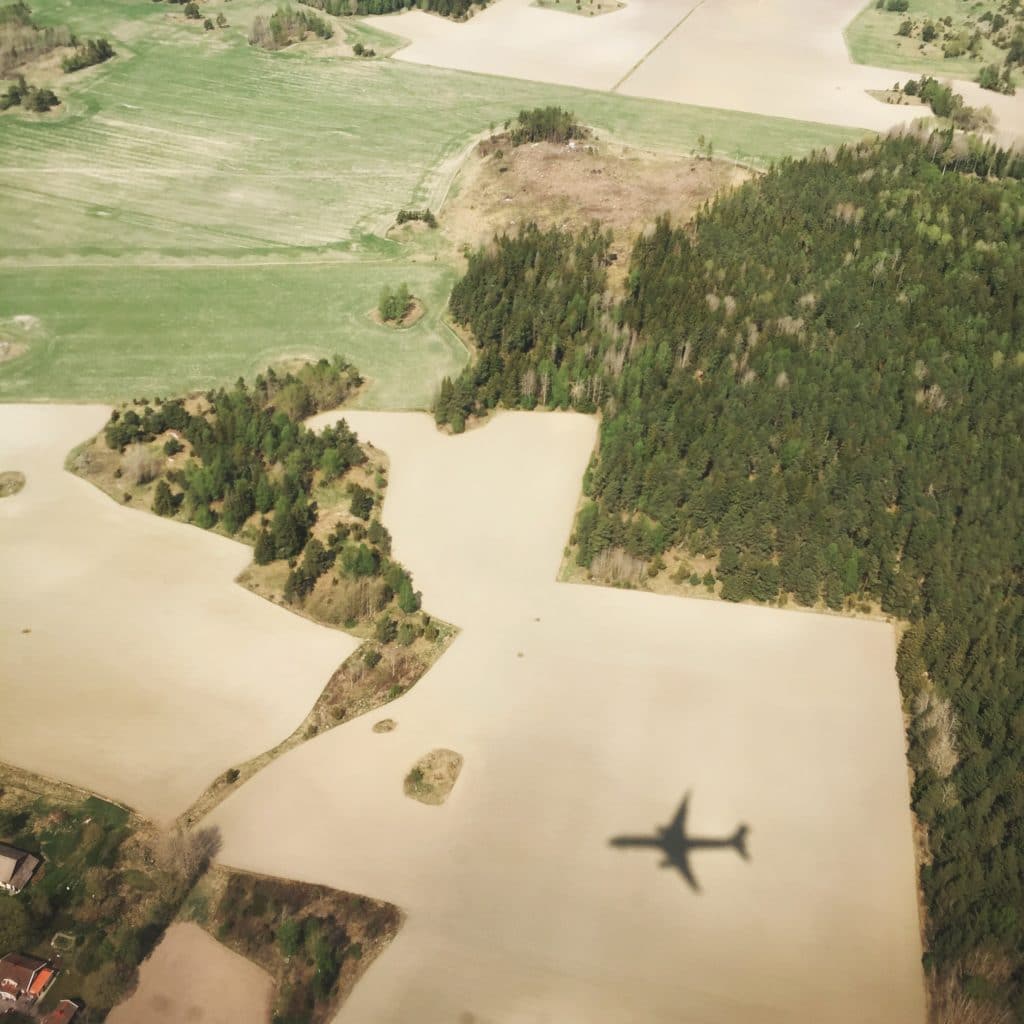 You Can’t Cram For Your Business.

How To Break Your Worst Habits